Zelensky’s spokesperson announces president’s participation in the international summit, but he is not on the schedule

On December 9, the press secretary of Zelensky, Serhii Nykyforov, announced Zelensky’s participation in ‘The Summit for Democracy’, however, the event program does not mention the speech of the Ukrainian president.

Announcing today’s Biden-Zelensky talks, the president’s spokesperson stressed that before the presidential conversation, Volodymyr Zelensky will take part in the ‘online summit for democracy’. Nykyforov did not provide any further details.

As of 5 pm Kyiv, the summit has been going on for three hours, but the schedule on the website of the US Department of State still does not mention the President of Ukraine. The only representative of Ukraine at the summit Daria Kaleniuk is due to speak 7:15 – 8:15 Kyiv time. 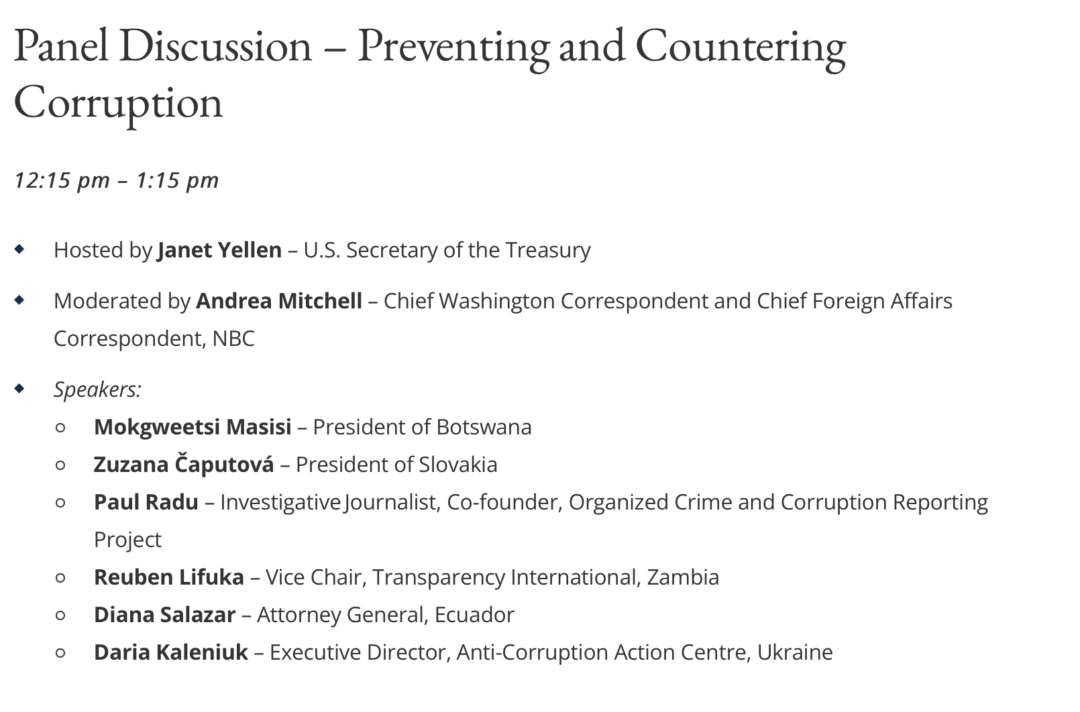 It is still unknown whether Volodymyr Zelensky will take part in the summit and when.

The Washington Summit for Democracy has invited 110 countries, including government leaders, civil society activists and the private sector. Russia, China and Turkey are not among the participants.

The conversation between the presidents of the United States and Ukraine will start at 7:30 pm Kyiv time. It was announced on December 7 by Biden’s adviser Jake Sullivan during a briefing at the White House following Joe Biden’s talks with Vladimir Putin.

According to Sullivan, the talks between the presidents of Ukraine and the United States will be a continuation of Zelensky’s conversation with Secretary of State Anthony Blinken the day before.