Serhii Nykyforov, a spokesperson for the Ukrainian President’s office, took a humorous photo against the background of the Washington Monument.

The spokesman for Ukrainian president Sergii Nynykforov caused a stir on social media after he posted an awkward selfie he took in Washigton.

In a photo taken  Zelensky’s spokesman  pulls a funny facy pretending to hold the Washington Monument in a clumsy attempt to create an otical illusion.

The photo got mixed reactions with some online commentators calling Nykyforov out over his mockery.

Nykyforov is currently in the US accompanying Volodomyr Zelensky on his official visit to the US.  The photo was taken on September 1 when Ukrainian president was set to meet the US president Joe Biden.

Made of marble, granite and bluestone gneiss, 169 -meters tall Washington Monument is known as the world’s tallest obelisk. The construction of the monument began on July 4, 1848 and finished in 1884 – almost 30 years after the death of its architect Robert Mills.

‘On July 4, 1848, thousands of people poured into the nation’s capital to celebrate not only the country’s birth, but also the laying of the 25,400-pound, white marble cornerstone of the Washington Monument’, – The Washington post wrote.

‘The Washington Monument has since become part of the United States’ July Fourth fireworks event and celebrations on the Mall.’ 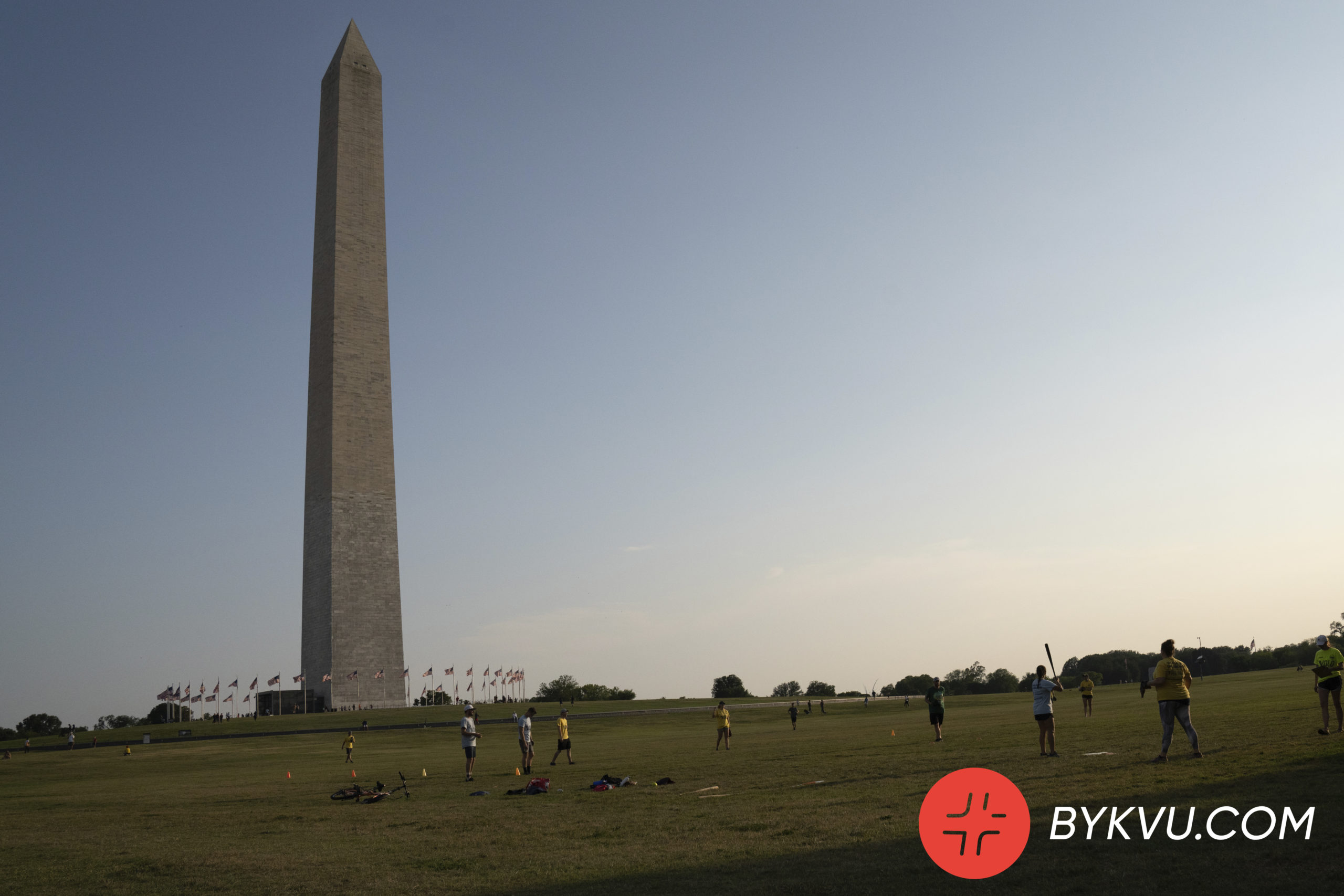