Support ratings of Volodymyr Zelensky are taking a hit with less than a quarter of voters  now saying they will vote for him in the next presidential elections. 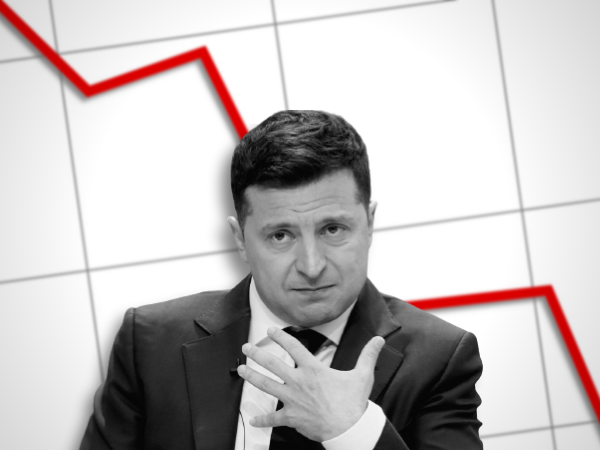 The  October poll conducted by Kyiv International Sociology Institute indicates  deterioration in president’s support numbers and arrival of a new hypothetical nominee in the next presidential race.

If elections were held today, the Ukrainian president would claim 19,1% of all votes and 24,7% of those ready to polling stations.

Despite his flagging support, Zelensky would still lead the presidential race although Petro Poroshenko is now trailing close behind compared the 2019 election.

“European Solidarity’ leader is now favored by 12,1% of voters, which translated in 15.6% votes of those set to cast a ballot.

Yuliya Tymoshenko would come in third with 9,4% of votes  if elections were held this September.

The others possible contenders would  fair worse –  ‘Opposition Platform for Life’ prospect Yuriy Boyko support now stands at 7,3% while  modest 6% of votes would go to ‘Syla and Chest’ Ihor Smeshko.

The new arrival on the hypothetical contenders’ list is former parliament speaker Dmytro Razumkov.  The poll figures showed he is making gains and  could get 7,1% votes of Ukrainians willing to vote  in the next presidential elections.

Pollsters speculate the recent Pandora Papers revelations along with the fallout from Wagnergate scandal has taken a considerable bite out of Zelensky’s standing with Ukrainians. 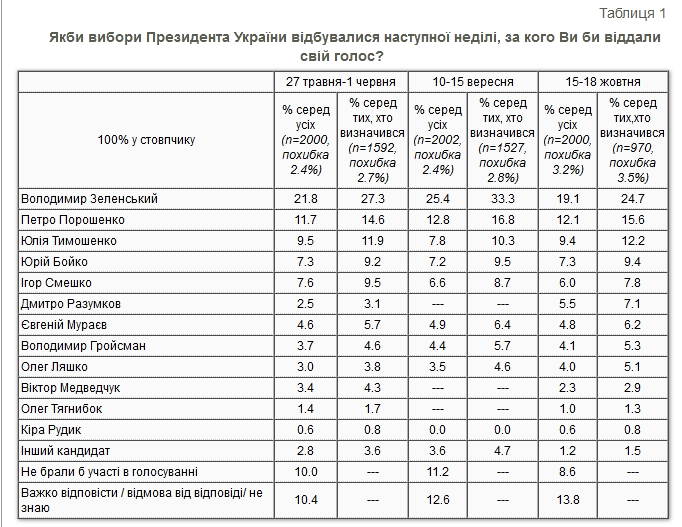 Results of the phone poll  included responses from 1200 voters across Ukraine.