Zelensky talks with Joe Biden on sidelines of COP26 summit. What we know so far

The Ukrainian president broke the news on his official Twitter account posting a photo in which he is shaking hands with the US president on the sidelines of COP26 summit.

The tweet came with a caption  ‘Meeting Joe Biden in Glasgow [we] discussed security situation in Donbas. The US continue to support territorial sovereignty and reforms in Ukraine’. 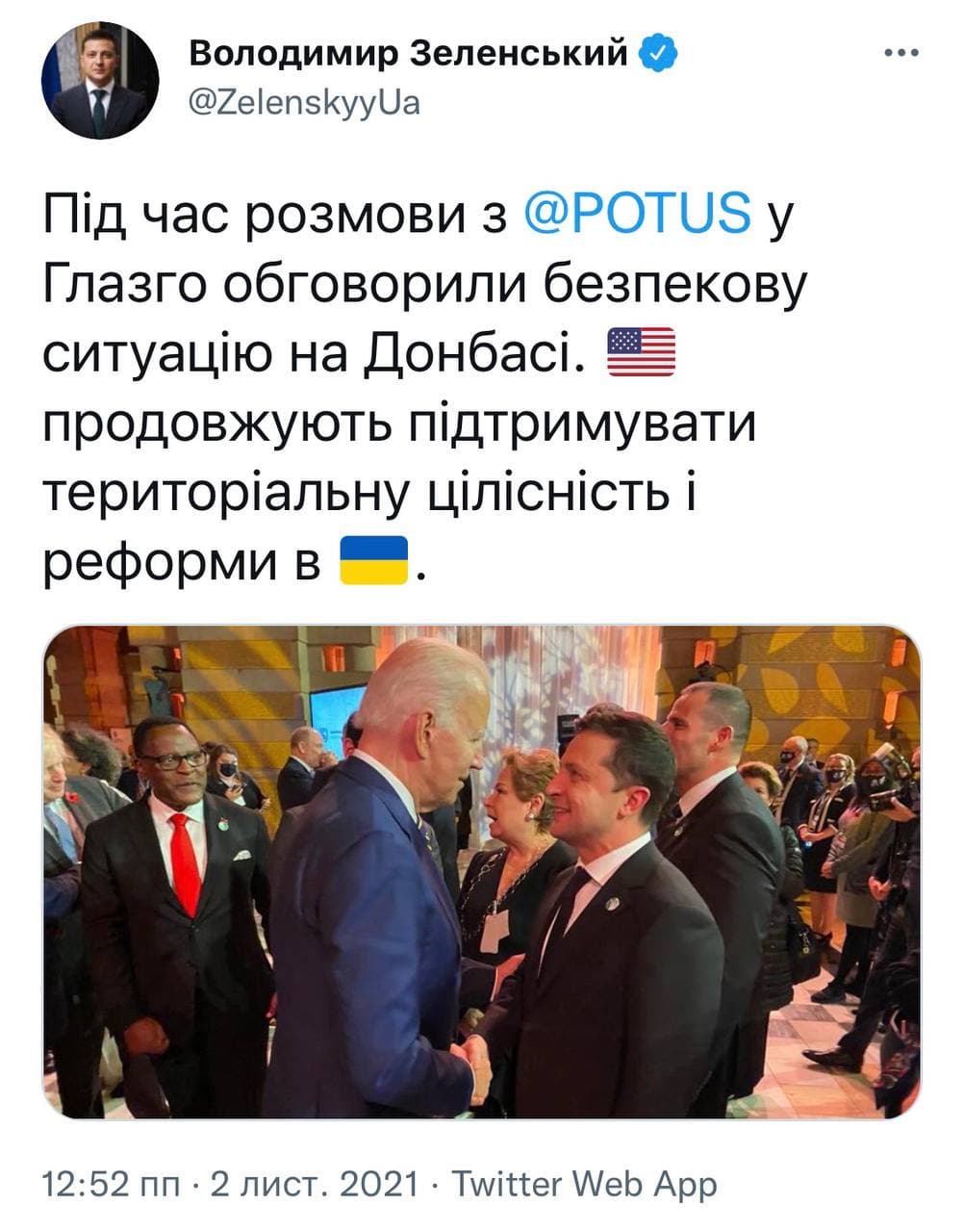 Ukrainian and American officials provided no further details about the meeting.

The sidelines’ meeting comes amid reports of possible escalation on the Ukrainian border after ‘Washington Post’ ran a story that cited undisclosed officials in the US and the EU.

The story was picked up by ‘Politico’ that revealed ‘new commercial satellite photos’ alleging Russia is ‘once again massing troops’ on the border with Ukraine.

Pentagon said it was closely following the latest developments on the border of Ukraine in the wake of  media reports.