In his interview for ‘1+1’ TV talk show, the Ukrainian president admitted he called Belarus president to talk about intelligence agencies’ plan to capture Wagner mercenaries. Given it was sensitive information, can  Zelensky be legally responsible for disclosure of state secrets? 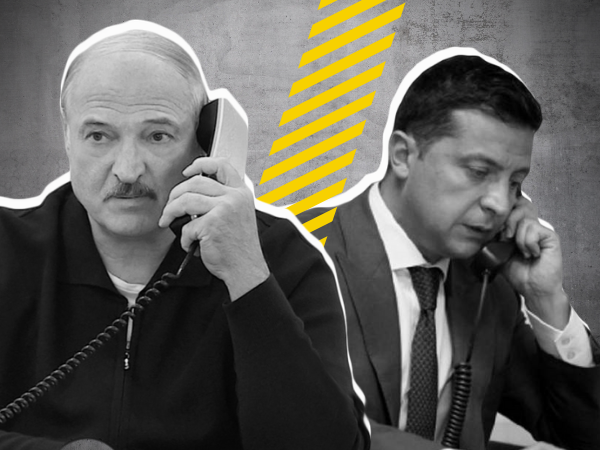 Revealing the details of his phone call  with Belarus counterpart, Volodymyr Zelensky said he ‘warned’ Lukashenko, telling him that Ukraine was ready ‘to pass full information on these people’ (Wagner mercenaries group traveling to the Belarusian capital)’.

Given the context, the call allegedly came before detention of the mercenaries in Minsk airport, and Zelensky’s offer to provide information on the traveling  military contractors suggests Belarus officials had no prior knowledge of either the Russian paramilitary group intentions or Ukraine’s intelligence plans.

Article 8 of Ukraine’s Law on State Secret defines information as a ‘state secret’ if it relates to   ‘military operations, strategic and mobilization deployment of forces’.

Does revealing the information about military-related operation make Volodymyr Zelensky accountable by norms of Ukraine’s Criminal Code? The latter defines high treason as an ‘act willfully committed by a citizen of Ukraine in the detriment of sovereignty, territorial integrity and inviolability, defense capability, and state, economic or information security of Ukraine’, and that obviously  rules out any resposibility beyond this scope.

Given Zelensky’s revelations in his latest TV interview, by providing  Lukashenko the information on Wagner mercenaries capture official Kyiv allegedly tried to avoid the possible fallout from a forceful landing of the plane in Ukraine, which was part of initial intelligence operation.

The Ukrainian president now claims Ukraine would face the same issues as Belarus after the incident with Roman Pratasevich. Zelensky’s argument appears hardly credible. For one thing, planned detention of Wagner mercenaries was coming a year before Pratasevich scandal, meaning the situation was unprecedented at the time and could have been cast in a different light.

Unsurprisingly, Zelensky picked up this line of reasoning soon after Pratasevich arrest in Minsk airport using it as an  excuse for his last year’s questionable acts.