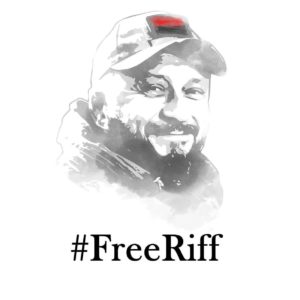 With Andriy Antonenko approaching the milestone of 500 days spent in jail, some lesser-known facts of his case need closer consideration. 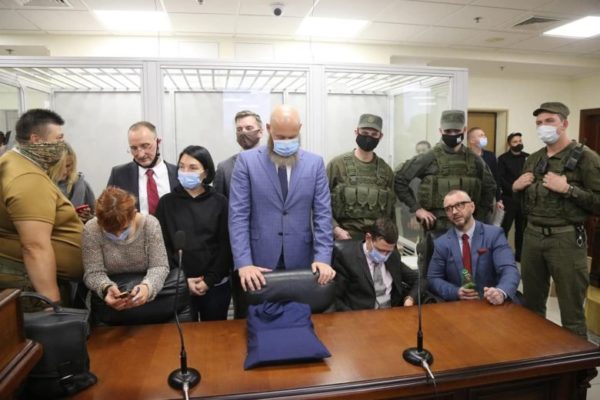 1. The affair of [fabricated indictment of] Antonenko, Dugar, Kuzmenko is a common story. When a few people suffer from the encounter with impotent policemen, ignorant and corrupt prosecutors, court officials and experts, most of us, spared of these trials, fail to relate to it and will hardly take to the streets to protest it. Yet we must do it. The sooner, the better, for law-enforcement, prosecutors’ office, experts and court are degrading themselves very fast. And this time, spraying loud graffiti on the President’s office won’t be of much help to Antonenko, Dugar, and Kuzmenko.

2. We are ‘fortunate’ that the victims [claimed to be the suspects], are unmistakably innocent and deprived of their freedom in an obviously unlawful way. The spectacle Avakov, Ryaboshapka and Zelensky have put up, do us a great service. Suppose those were some unknown average people, would it produce any public outcry, would there be decent resistance? Were it so, frauds and parasites would be awarded for landing the innocent men behind the bars, and this would further embolden them.

3. Let me remind that Antonenko is 10cm’ barefoot’ taller that the described suspect and 2,7cm ‘barefoot’ taller than the expert estimates have for the purported suspect height in shoes. The claim that his gait was similar to the suspect’s comes from the British karate instructor Birch who signed the expertise document in Ukrainian, the language he doesn’t know. The expertise document and its English copy have been sealed from the access, which allows the defense to claim the translation considerably distorted making the Ukrainian [original] text a simple fabrication. The main actors behind the fabrication are Koval, Ruvin, Irhkin, and the police international department officer Maksym Rybachuk, who is not cited in the investigation.

4. From the first days of this affair Avakov and his accomplices have kept articulating misleading information that ranged from detective fantasies to pure fiction. Hardly anything of the things claimed by them on TV, made it into the official case, and this makes it impossible for the defense to handle slander and lies issues. Let me remind you that we have no legal procedures’ opportunity to provide defense à la Gladkovsky in civil action, while in the criminal case we have slander claims coming from the persons of such rank that it can somehow or other influence the judges. Obviously, Avakov, Gerashchenko and their crowd were inspired by Hitler ideas about the making a lie bigger to make people believe it.

5. Here are the examples of such lies:

6. The court improperly rejected the official requests to bring Avakov and his operatives to testify as witnesses and said ‘no’ to consideration of the gait expertise by Birch and FBI expertise on the explosives. The latter came as a shock even to the lawyer of the victim representatives; the prosecutor Tishyn, failing to turn off his microphone, was overheard saying “she will reject’, citing the still-to-be-announced court decision on that request while the judge was in the judge’s private room.