The full-fledged Russia’s invasion of Ukraine has been on for five months already. This war is bloody, and every day Ukraine loses its sons and daughters in battle. In this war, foreign volunteers also fight side by side with Ukrainians; they also get wounded and die. According to the official information of the General Staff, all of them are registered as servicemen of the Armed Forces of Ukraine. Using the example of the 2nd Azov Kyiv battalion, however, it is clear that these data are not entirely true: the documents submitted at the beginning of hostilities have not yet helped in legalizing the status of foreign volunteers. 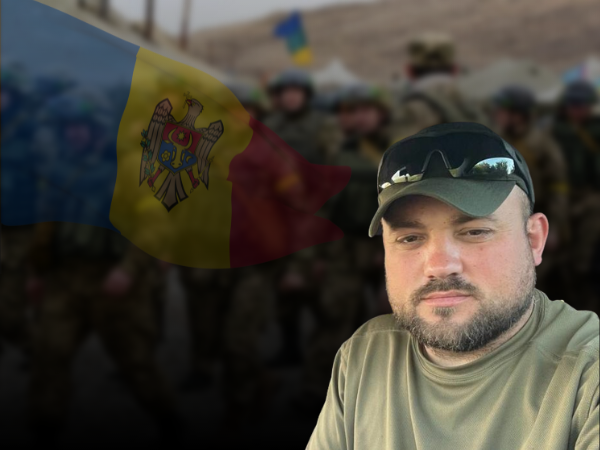 ‘Bukvy’ talked to Koba, the Azov soldier from Georgia. In the very first days of the large-scale war, he came to Ukraine to join the fight against Russia. Due to his rich experience and personal qualities, Koba quickly gained the reputation of a respected person in the battalion, he taught his fellow soldiers, in particular those who had not fought before.

From the very beginning, the leadership of the battalion made efforts to legalize Koba in the Armed Forces – in accordance with the protocol, they submitted the documents… and it is already the fifth month that the bureaucratic system has put everything on hold. During the battles in Zaporozhzhya region direction, Koba was wounded – and his comrades treated him at their own expense.

It is not known when the state will legalize Koba. And he is not the only one, there are many foreign volunteers in the 2nd battalion of Azov Kyiv, who are simply ignored by the state authorities. After talking to Koba, ‘Bukvy’ also spoke to Denys ‘Tikych’, the Azov soldier from Moldova. 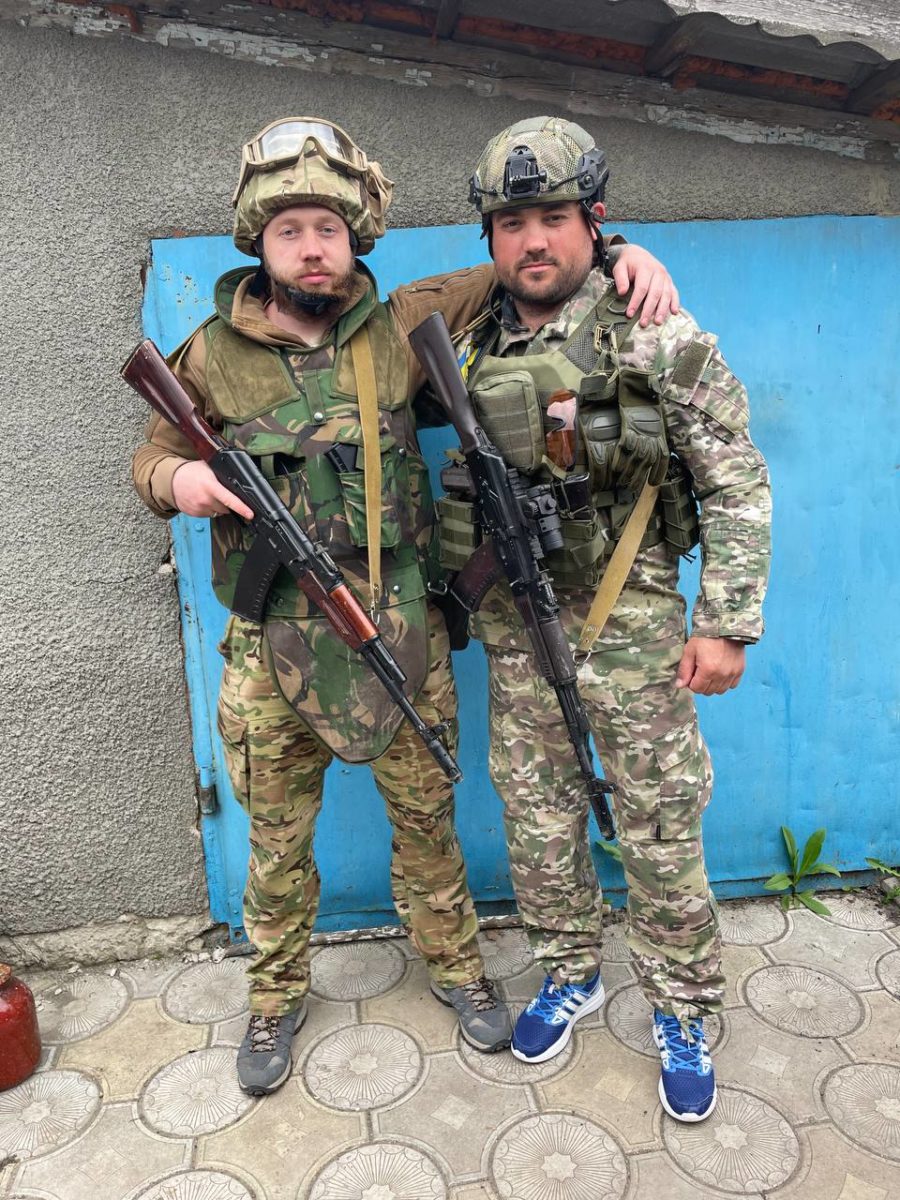 He said that he wanted to highlight this problem more globally, giving a chance to receive a military contract not only for himself, but also for his fellows.

Before the full-scale invasion, Tikych had no combat experience. He joined the army because he felt he had to do it.

‘I had no experience of participating in hostilities. After the enemy invaded our land, I could not stand aside and just watch. So, on February 26, 2022, I came to the military collection point and became one of those selected. From the first day, I was with my brothers-in-arms Azov. I have been living in Ukraine since 2006, I love this country, its traditions. Therefore, Ukraine is not a foreign country to me, I have a 10-year-old daughter here. I could not stay on the sidelines,’ he said. 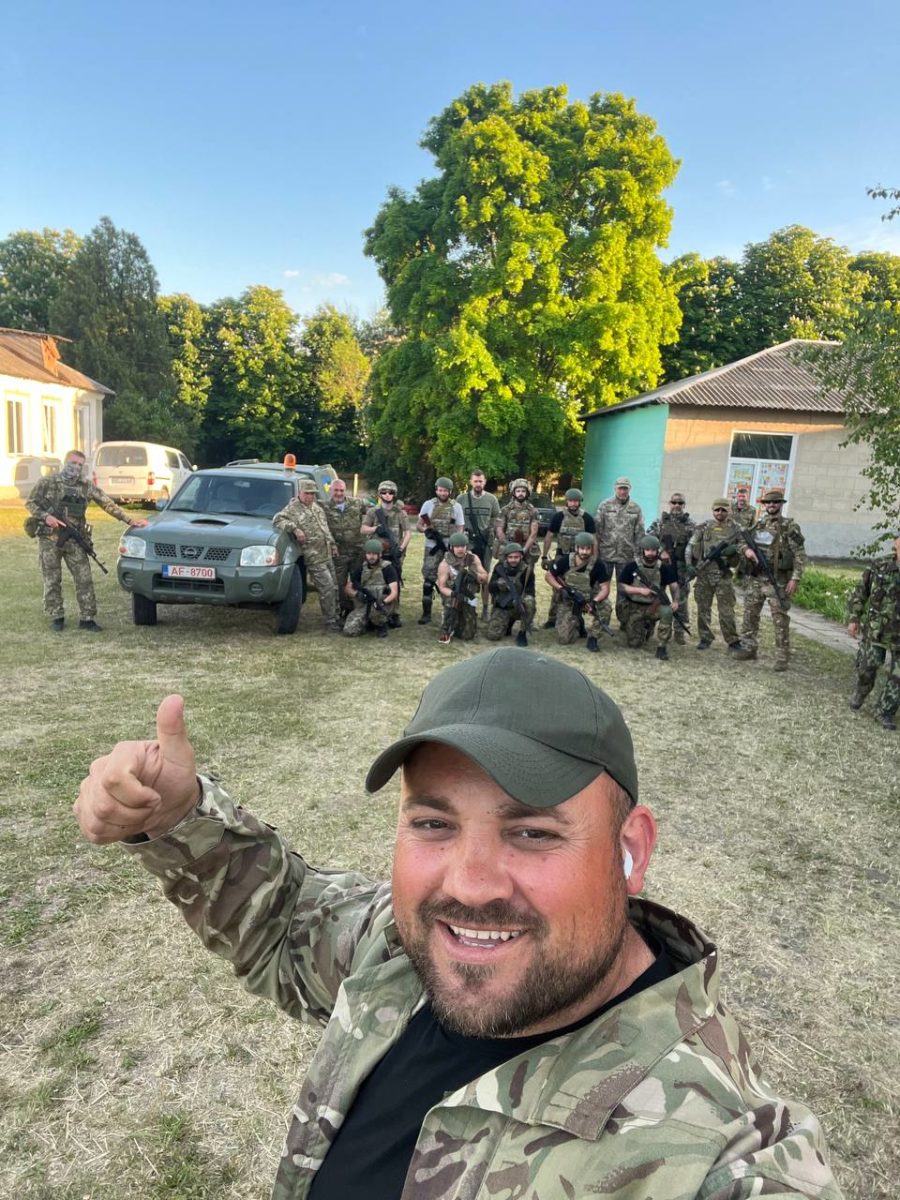 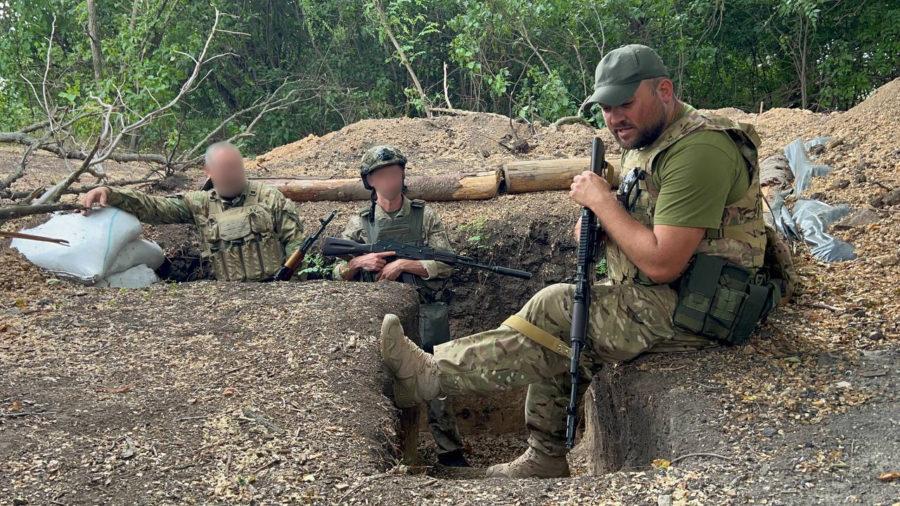 Back in 2021, Denys received a permanent residence permit in Ukraine. He did not raise the issue of obtaining citizenship though. Tikych had been registered as an individual entrepreneur in Ukraine before the war, so he was very surprised when the problems arose with signing the military contract:

‘I did not ask and am not asking the citizenship in exchange for the fact that I am ready to fight – I went to fight as a volunteer, not a blackmailer. I have the same situation as Koba: there were no refusals, I have no problems with documents,’ Tikych emphasized.

Tikych was nearby when Koba was wounded, and the fate of the Georgian volunteer scares him:

‘Without registration, if I die, then I am nobody and I have no name. I do not rule out that with the same success the state could claim that I am a foreigner and it is unclear what I was doing in the war zone… I am still waiting for the promised contract to legally defend the glorious Ukraine!’ 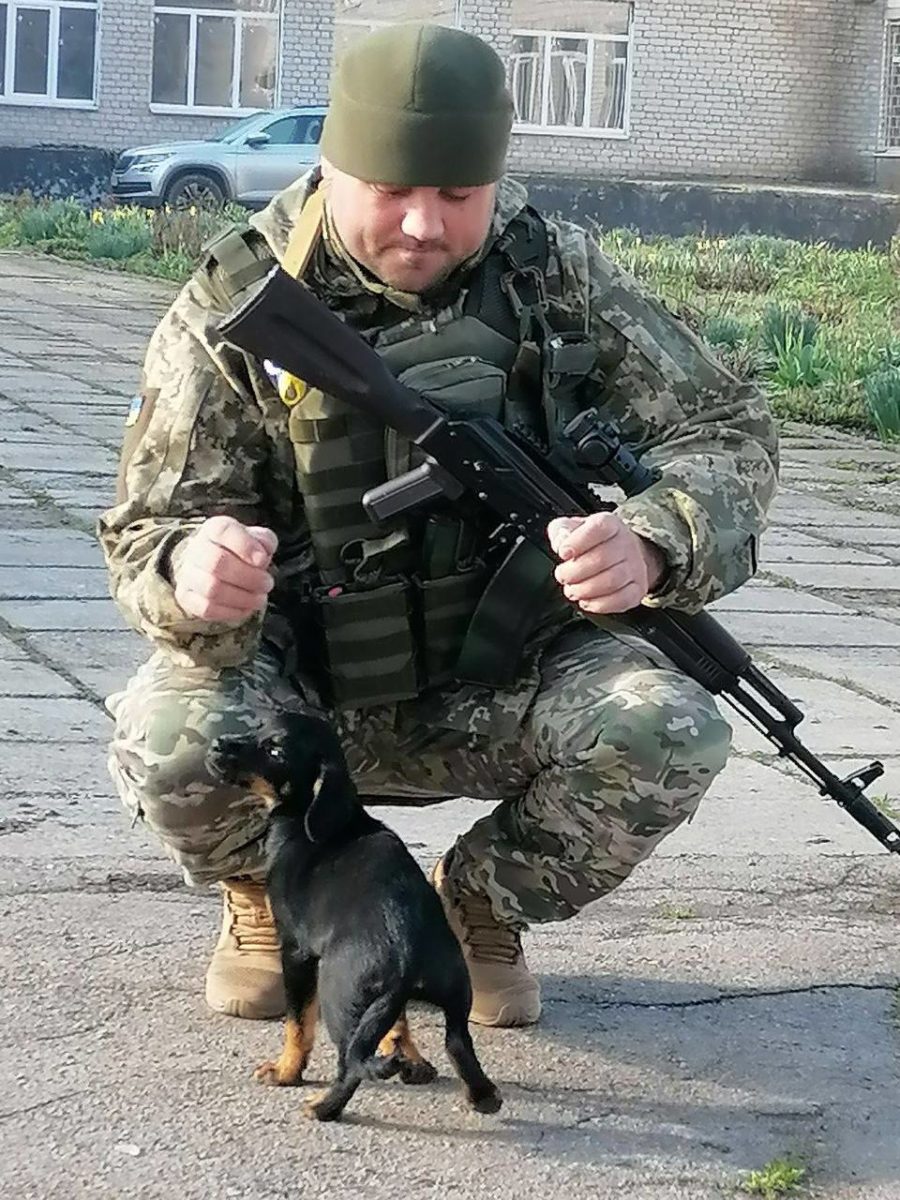 Indeed, if a person without a contract is injured or killed, the state does not take any obligations. The medical treatment of the wounded or assistance to the families of soldiers fall on the shoulders of their comrades or volunteers. In the worst case, the relatives of the defender of Ukraine are left alone with this burden. Even the delivery of the body falls on the shoulders of the comrades, and in the case of capture, a volunteer without a contract does not have the status of a prisoner of war. Is this a worthy thing to treat volunteers this way?

When asked how he feels about this situation, Tikych answered:

‘Emotions are not needed here, I am focused on the war. The leadership of the Azov 2nd battalion is doing everything possible to get us registered.’

There are other soldiers who are in the same situation as Tikych and Koba. They do not understand why the state does this to them, because they are constantly risking their lives in combat. 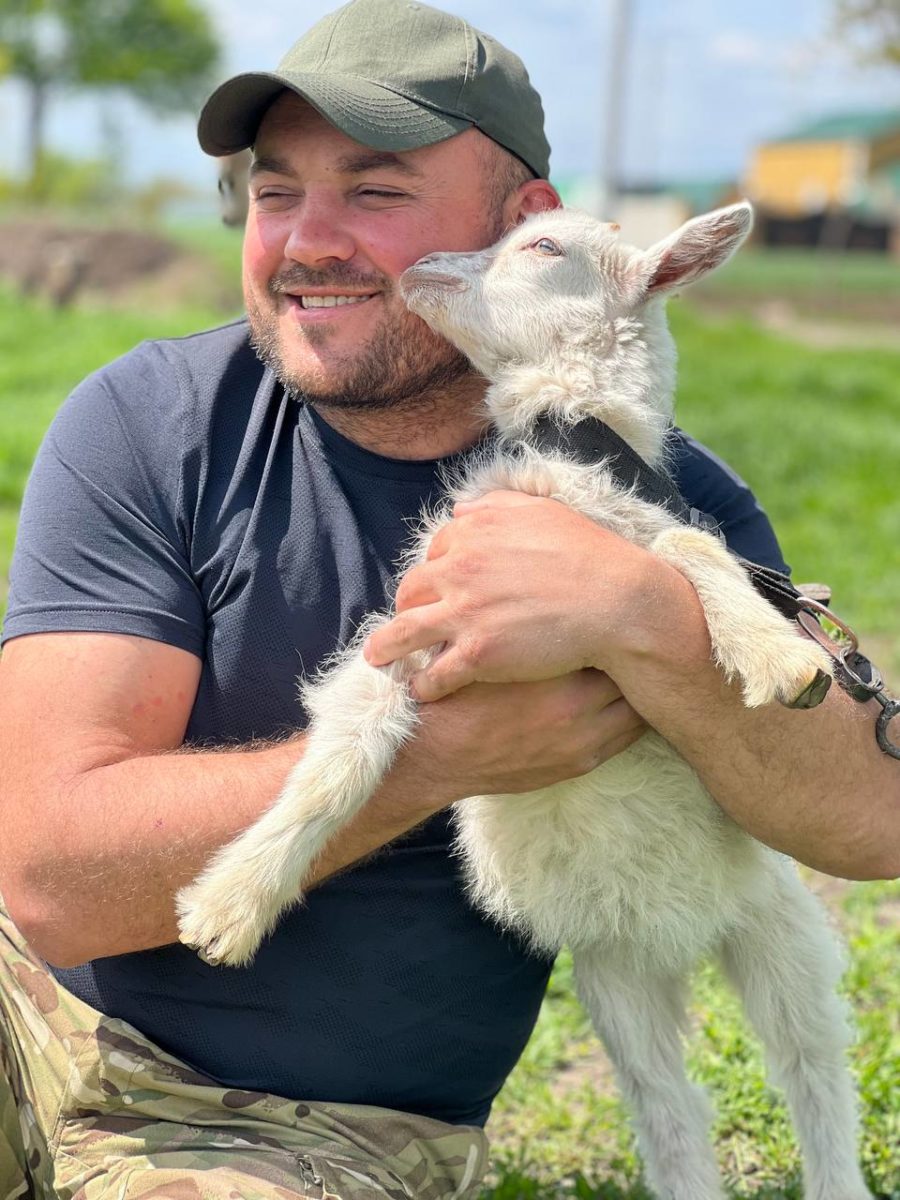 Tikych emphasizes that he and his fellow foreign soldiers are ordinary volunteers who are ready to give their lives for the freedom of Ukraine, and the state does not even register them. In turn, the leadership of the battalion has already done everything in their power to resolve this issue – and all in vain. In connection with this, some foreign volunteers simply left the army.

‘Several Czech soldiers left due to the lack of a contract. I can understand them, they came to help, but as a result, the state simply abandoned them! Similarly, the soldier called ‘Finn’ left, and there are many such cases. They came here not to earn money, although every work must be paid. Politicians do not do anything to solve this problem.’

On June 8, the website of the General Staff stated that all foreigners participating in hostilities on the territory of Ukraine ‘are voluntarily accepted for military service under a contract in accordance with the Law of Ukraine ‘On Military Duty and Military Service of 1992’. 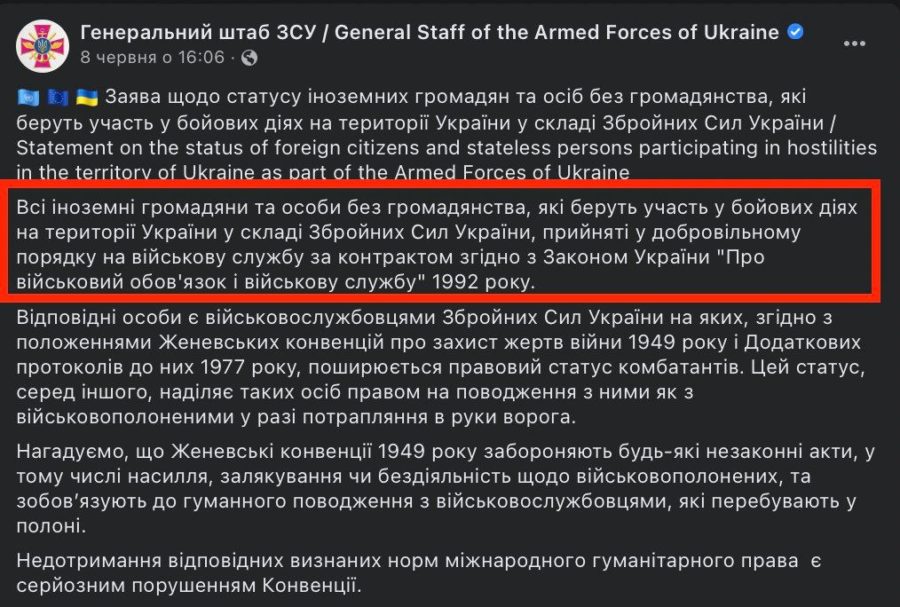 Despite the statement of the General Staff, some volunteers still have not received the proper legal registration of their stay in the Ukrainian army, because of which they risk their lives and health.

‘I’d like the other guys who aren’t registered at least have a chance at it. I can only say good things about our guys and the leadership of the battalion. I believe with hope that there will be a person who will read this interview and will make a positive decision regarding the 2nd Kyiv Azov battalion.’

Tikych is ready to die for Ukraine, despite the fact that his 10-year-old daughter is waiting for him at home. His brothers-in-arms also have families that need help. They are left without payment, prospects for compensation, rights and guarantees. Why does this happen?

‘Bukvy’ will send information requests to the General Staff and the Ministry of Defense to clarify the situation.