It is stark clear that party affiliations will split observers and experts in their judgment and sentiments over the Geneva summit of Joe Biden and Volodymyr Putin. 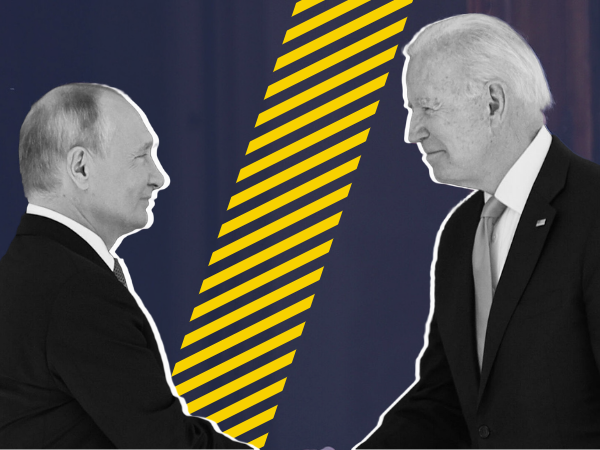 Donald Trump now predictably, claims that Geneva summit comes as a ‘good day for Russia’ with the US ‘not getting anything’.

Similar accusations were thrown at him after the meeting with Putin in Helsinki in 2018. Mike Pompeo, the former Secretary of State under Trump, now rips both presidents over decision not to hold a press conference claiming that Putin got a platform to  ‘spew Russian propaganda’.

Back then, in 2018, observers lashed out at  smirking Trump after he was upstaged by Putin and his propaganda talk during their joint press conference. These days few readers will even remember about the events of 2018 summit.

Like any unexciting event that yields no results, this Geneva meeting is doomed to be soon forgotten. Observers have to address its  substance.

Biden was going into  Geneva talks to warn Putin that his aggressive acts would not remain unanswered and he stuck to this plan. Putin’s plan was to  to show that the new US president was open to talks with him  much like his predecessors and he got what he wanted. What remains in question is what ramifications Russia’s president will face if his aggressive policies start to take shape.

Kyiv can argue that Biden’s warning will deter Putin from the military action against our country. And this is where you have to be fully confident that Putin is really ready for such engagement, which is a bit different thing then just building up the military presence at the borders.

Tactics of Putin was clearly outlined by his former aide Vladyslav Surkov in his latest interview.

Russia treads carefully just not to draw ire from world major actors, which can make it face the consequences Biden has warned it about.  Moscow acts as if it is trying to feel out how far it can go.

It is no longer disputed that Crimea was annexed and there were little green men but Russia is still in denial about use of the military forces in those events. War conflict in Donbas? There is some but Russia’s troops are not involved.

When resorting to power, Putin gives the West some room for manoeuvre that allows to avoid direct confrontation. Few would refuse it given the fact you deal with the nuclear power state and major gas and oil supplier.

Sometimes the standoff sees Putin  slip and deal with black swans like downing of Malaysian MH-17 flight or botched poisoning of Navalny. This is where the West has to step up pressure on the Kremlin.

If you look at coordinated actions and strategy of Putin you will notice that flaring up conflicts in neighboring countries allows his regime to survive.

And each time Moscow destabilizes situation in Ukraine or Georgia, Western leaders find themselves in helpless position where they can only try to put pressure on those coming to power after such disruptions.

When president Zelensky  says in his interview, on the day of Biden-Putin talks,  that Ukraine can do well without the IMF tranches, it is seen as an obvious excuse allowing to avoid pressure of the West by the person who gained this power thanks to a Russian helping hand.

I would not go this far to claim that Biden can prove toothless in his pressure on the Kremlin, much like it would be a stretch to call Putin the almighty – and this is what his propaganda machine is trying to do. Destabilization policies of Russia’s president can prove faltering once the West chooses to intervene for real. Putin is not able to go too far,  he dips a toe in the water, checking for temperature while the time is ticking away for Putin.

Оссupation of Crimea and Donbas will not set back Ukraine’s admission to NATO, said the US president after the Alliance summit, and this marks a hardly discernable ideological shift  few will care to notice.

This shift cancels out the tactics of territorial encroachment that hampered efforts of Russia’s neighbors on their way to the Euro-Atlantic partnership. What is the point of these proxy wars and interventions when they fail to divert the course of  historical processes? Full-scale occupation can not be part of Putin’s tactics for it will surely come as disruption of the balance prompting swift intervention of the West.

You can draw parallels to the situation with Hitler’s annexation of Austria and Czech republic. Back then, the West caved in but soon the German invasion in Poland forced the West to step in, which led to the WWII.

The Kremlin can be inclined to drive destabilization in Georgia and Ukraine yet again, but this time Putin will face a tougher challenge given implications of full-scale invasion he can be plotting.  War appears to be a last resort for him. Russia’s leader may have achieved way more without it, but he is still driven by faulty logic – to challenge Biden by turning the tables has been his initial game plan.

And now it is Biden who comes turning the tables, which leaves Putin in a position  where he had to put on airs in front of the pool of  reporters in Geneva and talk about  ‘a spark of hope in his (Joe Biden’s) eyes’ alluding to one of Leo Tolsoy misquotes.

In real life, it was Ivan Bunin who attributed the quotation to Leo Tolstoy, and this trick is very illustrative of Putin’s baggage of mystifications he practices in public.

Another quote by Bunin can be a good case in point here:

“After all, now the most dreadful, frightening, and disgraceful thing is not fright and disgrace themselves, but rather the fact that they need to be explained and argued about to be claimed good or bad’.  Putin and his speech writers who appear to be so well-versed on Russian literature should definitely give it their attention, and this is exactly the thing me, others observers, and even Biden have to attend to after the Geneva summit.