These days documentaries about life of Latin America drug cartels pale in comparison to Ukrainian media stories on police misconduct, but do we have to reconcile ourselves to it? The news that police brutally beat up a man in Kyiv hardly came as a surprise. After all,  Dmytro Bugaychuk who suffered the beating got off light. He was neither shot by police, nor tortured and raped in the police station.

Police violence is rarely exposed to the public eye in Ukraine.

This time something went wrong and the footage of  police brutality sparked a public outrcry.

Late into the night of May 19, Kyiv police detained a man. According to reports, Dmytro Bugaychuk encounter with police saw him suffer a punch in his face after he innocuously asked police officers to clarify the reason behind his stop. 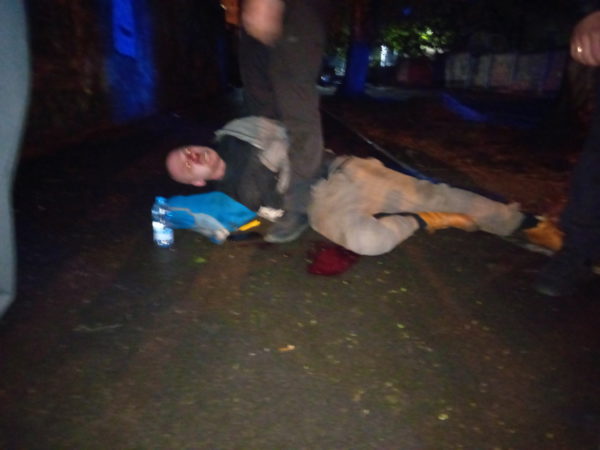 Detention protocol was violated from the start – the law on National police demands that on approaching a person policemen must identify themselves and show their ID cards.

Had the police followed these basic requirements we would be not discussing this ugly situation and possible investigation into their acts. What was on their minds that day is anybody’s guess.

Secondly, police must follow strict protocol to perform detention and they procedures are laid down in art.37 of the law on National police, and  the reason for detention have to be in line with Constitution, Criminal Procedure Code and Code of Administrative Violations. Secondly, it has to have reasonable suspicion and be perceived as the only option.  According to art. 260 of Code of Administrative Violations, detention is an ‘urgent necessity’ and is used once other measures of enforcement  prove failing.

In the story with Dmytro Bugaychuk such measures were assumingly overlooked – the police officers should have identified themselves to Dmytro to proceed with further enforcement measures that comply with Code of Administrative Violations.

Art.208 of Criminal Procedure Code authorizes detention of  the person who (a)  was caught upon committing a criminal offense or making an attempt to commit it (b) If immediately after the crime was committed, an eye-witness, including the victim, or a group of obvious signs indicating that this individual has just committed a crime. 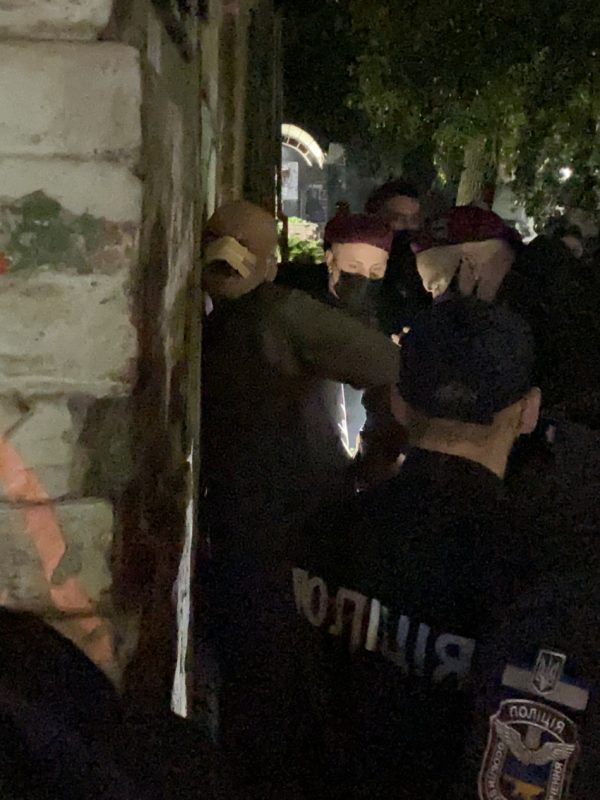 Yet again, failing to identify themselves the police officers just could not cite art.208 of Criminal Procedure Code as the reason for detention.

Art.29 of  Constitution also says that  ‘everyone arrested or detained shall be informed without delay of the reasons for his or her arrest or detention, apprised of his or her rights, and from the moment of detention shall be given the opportunity to personally defend himself or herself, or to have the legal assistance of a defender. The footage of ‘encounter’ shows that  police officers were far from what constitutional norms required of them.

Art.29 of the law On National police says ‘The applied police measure is proportionate if damage to human rights and freedoms or to public or state interests protected by law does not exceed the benefit for the protection of which such action was taken, or the created damage threat’.

In the footage Dmytro Bugaychuk was not provoking conflict or resisting police, which makes the police response excessive given the fact that the young man posed no threat whatsoever.

It is also worth noting that art.3 of Ukraine’s Constitution says that ‘the human being, his or her life and health, honour and dignity, inviolability and security are recognised in Ukraine as the highest social value’.

Law-enforcement actions in the video with a police officer strangling the visibly unconscious young man are a blatant affront to this Constitutional norm.

By doing so, they violated the art.29 of the law On National police that required police actions to be ‘necessary’ and ‘proportionate’. This violation can count as crime under art.365. of Ukraine’s Criminal Code.

Overall, the footage comes as evidence of police misconduct that violated rights and interests of a Ukrainian citizen, inflicting bodily harm and offending human dignity, which counts as excessive use of force by law-enforcement officers and carries a sentence of 3-8 years in prison along with 3-year suspension.