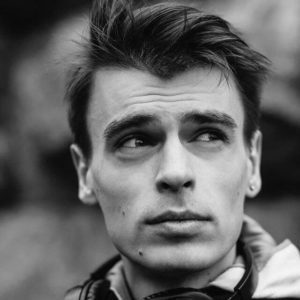 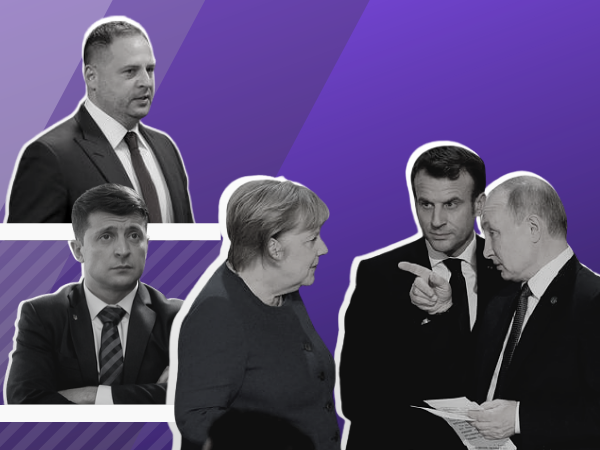 With Russia’s large-scale military movements on the Ukrainian border, creeping escalation and new casualties of Ukrainian army in Donbas, it is evident that the “silence regime” the president Zelensky has talked about for a year, is no longer in place.  The early days of April saw the Russia’s TCG representatives refusal to  sign  joint statement that called for a ‘complete and comprehensive’ ceasefire in Donetsk and Luhansk regions. It boosted speculations of a possible new war campaign between Ukraine and Russia that made the Ukrainian military prepare for Russia’a troops offensive from Crimea.  Given the gloomy scenarios, Minsk agreements and sanctioning policies appear to remain the only effective instruments that can hold back Russia.

Unleashed by Russians, the seven-year war conflict in Donbas has proved challenging for Ukraine’s political, economical, and social life. Minsk Agreements and TCG were initially set to address a range of issues – from water, energy, and gas supplies in war zone villages to effective policies that could end the hostilities.

Minsk Agreements history goes back to June, 2014, that saw then president Petro Poroshenko going to talks with the legitimate leaders of Donetsk and Lugansk regions to work out a peace plan for Donbas conflict that later laid the basis for Minsk Agreements. Poroshenko’s initial plan had assumed pardon for separatists who committed no war crimes, established buffer zones, made possible new local elections and addressed Russian language issue. Later came the proposals on separatists’ disarmament and hostages’ release.

Then came Trilateral Contact Group. Made up of representatives of Ukraine, Russia and the OCSE, it was called on to address the urgent war-time problems. TCG involvement helped investigators to get access to the Malaysia Airlines MH-17 flight crash site. Ukaine has always perceived TCG as a diplomatic channel. It provided some leverage when Russians and separatists tried to disrupt peace talks or refused compromises on  Russian language status or federalization of Ukraine.

TCG diplomatic efforts failed to put an end to hostilities in Donbas war zone. The Ukrainian military kept suffering numerous shellings coming from the Russian territory. In August 2014, Russian troops violated the Ukrainian border joining a full-scale conflict on the Ukrainian territory. The Russian Army units entered the Battle of Ilovaysk that lasted throughout August.  The invaders took control of the town, killing more than 300 Ukrainian soldiers and seizing several hundred of others.

Soon after the Illovaysk events, the Russian president Vladimir Putin came forth with his own peace plan for Donbas.  Shortly after, Minsk hosted the first TCG meeting that set down to draft up Minsk Agreements. The plan assumed full pardon and amnesty for pro-Russian fighters and demanded a special law on the Donbas “special status” and following pre-term local elections. To reach a compromise, Ukraine brought Donbas “special status” law to Verkhovna Rada. The passed law scheduled Donetsk and Luhansk local elections for December 2014 and had to bring in OSCE observers to monitor the voting. The policy fell through when Russia and pro-Russian militants failed to keep a comlete ceasefire. By the December time, Ukrainian Anti-terror Operation Headquarters reported 3,500 cases of ceasefire violations – Rusian proxy arme separatists who kept their heavy weapons on the front-line and never withdrew those.

Donbas separatists staged local elections that saw DNR and LNR leaders Oleksandr Zakharchenko and Ihor Plotnitskiy claiming victories. The voting was observed by representatives from “self-proclaimed” republics of South Ossetia and Nagorno-Karabach, and fake Agency for Security and Cooperaton in Europe. Predictably, no country recognized the vote results.

In January 2015, Minsk Protocol additional provisions surfaced. They assumed breaking Donbas into two separate parts – Ukraine-controlled one and self-rulling one with the latter to be placed under separatists’ control. The document also listed the settlements along the proposed demarcation line that ran right along 2014 front-lines.

Minsk policy suffered a final blow in late January 2015, when DNR leader Zakharchenko announced a plan to capture Mariupol. The heavy fighting ensued –  pro-Russian militants got the enforcement from Russia’ army launching a massive offensive on Debaltseve, the key transport hub. The move violated Minsk Agreements that had granted control of Debaltsevo to Ukraine.  In February 2015, the leaders of Ukraine, Germany, France and Russia flew to Minsk for talks to prevent a full-scale war. The talks went for 16 straight hours resulting in controversial Minsk-II agreements that called on immediate ceasefire and established 50-km security zones free of heavy weapons. Yet again, Russia and its pro-Russian forces violated the provisions of ceasefire and heavy weapons’ withdrawal. The fighting intensified; Zakharchenko claimed, DNR and LNR forces were ready to seize Kharkiv and Mariupol. On February 18, pro-Russian forces gained control over Debaltsevo. The Ukrianian military reiterated claiming territory gains near Mariupol and Shyrokino.

The ‘platform’ that claims no alternatives

Seeking to comply with the terms of Minsk Agreements, Kyiv still can hardly accept Moscow push for turning Ukraine into a federal state. Yet, Zelensky, much like his predecessor Poroshenko, sees Minsk as a primal platform for dialogue with the aggressor country that makes it possible to negotiate such issues as prisoners’ exchange. The Minsk platform is believed to be still instrumental in this regard.

Ukraine’s MP Irina Gerashchenko told ‘Bukvy’ about her “Minsk platform” experience. She recollected that, as a Ukraine’s TCG representative, she would have a hard time dealing with Russians’ nerve-racking push for exchange of ‘Berkut’ officers inducted in Maydan-related crimes. These days such exchanges must be authorized by the administrations of Ukrainian and Russian presidents; TCG representatives in Minsk seem to have lost authority over this issue.

“TCG in Minsk works in several groups.  One of them is supposed to deal with prisoners’ exchange. In real life, they have never considered this issue in Minsk. In the past few years, there have been some talks about it between Andriy Yermak and Dmitry Kozak. If you look at the bigger picture, agreements earlier were made by Vladimir Putin and Petro Poroshenko, now it is between Volodymyr Putin and Volodymyr Zelensky. When the latter came to power, Putin handed him over a group of  Donbas prisoners and captives.  Obviously, he had hoped it would make the newly elect president more loyal to Moscow,” the ‘Bukvy’ source familiar with Minsk talks told on condition of anonymity.

“It is impossible to settle any of the key issues in Minsk, because the people who hold talks have no authority,” he adds.

“TCG representative can be easily shuffled and it is the same difference. They will articulate what they are told at the president’s office. At first, they made  Kuchma the head of Ukraine’s TCG representatives, today it is Kravchuk. The situation has not changed dramatically. A few months ago, Vitold Fokin was made Kravchuk’s deputy head. The former was just a figurehead and could not make any decisions”, the source added.  It is worth mentioning here that Fokin though managed to cause some public outcry on several occasions.

Russia uses the TCG platform to force on others their demands and puts direct pressure on Ukraine.  Denys Kazanskiy, Ukrainian journalist and TCG representative, recently informed that the Russian representatives tried to make DNR/LNR officials the part of Trilateral Contact Group. Initially, TCG was established for dialogue with Russia.  Since the time of TCG establishment, the Putin administration has looked for ways  to bring Ukraine to the negotiating table with separatists’ leaders on claims that Russia’ armed forces were not engaged in the war  it called the internal conflict.  .   According to the earlier agreements, DNR/LNR representatives were authorized to take part in discussions on very limited number of issues. Over the course of several last months, Russia has sought to revoke this provision. Last year Zelensky’s top aide Andriy Yermak failed to object to DNR/LNR representatives signing TCG official documents.

“I don’t think that now you can solve any single issue in Minsk. Russians are bringing DNR/LNR representatives to our now online meetings so-called public figures from DNR and LNR. Those people make remarks during discussions, interrupt speakers, and disrupt talks. In the several last meetings we have tried to find out who those people are and why the Russian side keeps bringing them in. We are wasting time”, says Denis Kazansky.

Ukraine’s TCG representatives’ authority is also put in doubt – are they authorized to discuss prisoner exchange with Donbas separatists?

”On numerous occasions Minsk platform proved to be unproductive. You can have some interim decisions there, which can make worsen the situation in long term. “Russia signs agreements when it wishes to, and has them changed when this is to its political benefit. When you have documents signed by nobodies, by people with disputed authority, this is what makes Minsk agreements worthless.  Take Kuchma or, say, Kravchuk representing Kyiv in Minsk talks. Zelensky authorizes them for something but they hold no official posts and authority to make decisions. There were complaints about it at the very start of TCG negotiating process.  Valeriya Lutkovska who took care of prisoners’ issue, raised this concern many times, saying she had no powers to solve those issues,” says Olha Reshetilova, Human Rights Media Initiative coordinator.

“I am only following the TCG humanitarian group activities and can see that Russian Federation uses prisoners, water and energy supplies in war-zone villages to push Ukraine into doing things. It is ordinary humanitarian problems.  We, human rights activists, told about it at the very beginning, Russians will intimidate and threaten us. To keep Minsk as a negotiating platform, they need to remove humanitarian issues from the political agenda.  It is unfair and wrong when a human life is swapped for Donbas elections and amnesty for militia. We asked to have a separate platform that will discuss prisoners’ release but it never happened”, adds Reshetilova.

“Russia employs different methods. They would use threats when discussing prisoner exchange. They could threaten you to close all the Donbas checkpoints. They even could hint at possible escalation on the front line. Recently, Russians said ‘no’ to the document calling on restoring ‘silence’ on the front line. They will say they are not engaged in Donbas armed conflict and can not be a party in talks about it. Simply put, they are sabotaging peace negotiations. Still, when Angela Merkel or Emmanuel Macron come pressing Russians, they eagerly declare that they are all for restoring peace”, argues Kazansky.

The Minsk platform stalemate may encourage the search for a new dialogue platform. Becoming a president, Zelensky tried to revitalize the Normandy format. Yet the process stalled right after the first Normandy leaders’ meeting. On March 31, 2021, Angela Merkel, Emmanuel Macron and Volodymyr Putin discussed the escalations in Donbas, and this time without the Ukrainian president. Earlier that month, Russia leaked to the media Andriy Yermak’s updated “roadmap” for Minsk agreements  that came as the writing on a wall that the Kremlin found it unworthy for consideration.

“Can you give up on Minsk platform?  To make it happen, both sides have to say “yes” to it. Russians are not willing to do so. Take it from me, whatever variant we will come up with, Russians will say “no” to it. Minsk Protocol provisions are drafted in a way that makes them hardly attainable. And Russians are gaining from this “no war, no peace’ situation. They do not have this aim to defeat Ukraine in Donbas war. They seek to drag us deep in a foul place, so we could not get out. And just keep the situation that way”, claims  Kazansky.

“If attempts to, at least, look around for alternatives were really made, they would be confidential and take place behind the close doors. Regretfully, Ukraine has a long way to go to become an equal partner in this process. This is where backing from international partners makes a huge difference. The Transnistria conflict shows that, after 19 years of talks, you still can fail to reach a peace deal. And there you have “5+2” scheme with Russia, Moldova, and Prydnistorvya breakaway republic, plus,  Ukraine, EU, and the US,” says Oleksandra Maystruk, human right activist and chairwoman of Civil Liberties Centre.