‘Fourth package of sanctions’ against Belarus and sanctions against Russia 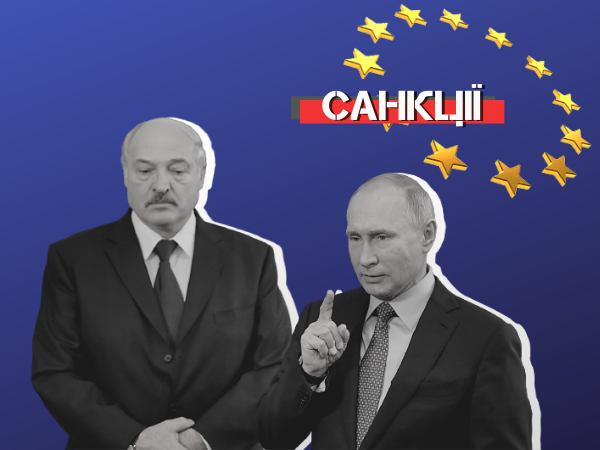 The new sanctions restrict export of potassium chloride, petroleum products, goods used for the production or manufacturing of tobacco products. They also affect economic sector. These branches of economy give Belarus the biggest profit. Simultaneously with the EU, the USA and Great Britain enhanced their sanctions against Belarus.

The list of officials and businesspersons targeted by the western sanctions was extended as well, among them there are family members of the Belarusian governor and, what is important, a Russian wallet of Lukashenko, the owner of the petroleum companies ‘Russneft’ and ‘Safmar’ Mikhail Gutseriyev.

Gutseriyev, by the way, is blamed not for supporting Belarus petroleum refineries, which became Lukashenko’s regime financial foundation. He is guilty of organizing the arrival of Russian journalists to Minsk. The latter were covering events live instead of the Belarusian journalists who refused to fulfil their duties and joined the protests against the electoral fraud in the presidential vote.

The sectoral EU sanctions themselves are not likely to shake the basis of Lukashenko’s regime – in the hardest times Putin will just give his vassal a new credit. However, the sanctions will affect the wellbeing of ordinary Belarusians who are working at the enterprises subject to sanctions – for example ‘MAZ’ or ‘BelAZ’

The sanctions will cause the reduction of products supply to western markets; halting of the cooperation with western companies, and, as a result, the wages will go down. Nevertheless, in the case of Belarus these factors dido not stop the EU countries. It happened so as they understand that it is necessary to response toughly to the actions of the regime, which not only disperses the protests in its own country, but also allows itself to hijack planes and arrest dissidents who are travelling from one European country to another.

Surprisingly, they do not treat Russia in the same way. We can hear all the time that it is necessary to impose on Russia such sanctions, which will not affect ordinary Russian people, but will be painful for the officials and oligarchs from Vladimir Putin’s circle. They are constantly explaining that severe sectoral sanctions against Russia are dangerous and inhumane; perhaps those sanctions are not going to bring any profit?

No one is eager to talk to Oleksandr Lukashenko and his circle after he cracked down on protests in Belarus. Nonetheless, they are talking to Putin at specially arranged international summits and consider each new round of negotiations with Putin or his officials to be an outstanding achievement. If it is necessary to conduct confidential negotiations with Russian officials, they may even suspend the EU or the US sanctions against these officials.

Such an attitude towards sanctions gives not only Russia’s leaders, but also Russian society the feeling of permissiveness and impunity. Russian citizens see that the interests of their Belorussian neighbours are being neglected, but their own interests are respected. They think that perhaps the others fear them or the politics of the Russian regime does not look so much crazy and cannibalistic as Lukashenko’s one.

In the meantime, no one will ever be able to explain why the occupation of Crimea and Donbas, killing of civilians, creating real XXI century concentration camps like ‘Isolation’, kidnapping and torturing people, shooting of a civilian aircraft are good, but dispersing the protests in Minsk and other Belarusian cities, Okrestina Street remand prison, beating the protesters are good.

It is impossible to explain why a piratical detention of Pratasevich is bad, but an attempt to poison Navalnyi with ‘Novichok’ and his further arrest are good. Why in the case with Lukashenko it is possible to impose sectoral sanctions and have no worries about a ‘little Belarusian’, who will be fired tomorrow, but in the case with Putin – a ‘little Russian’ means a lot to us.

Why Belarus cannot be represented in the Council of the EU because Lukashenko’s regime could not abolish the death penalty, but it is possible to lift the sanctions imposed against Russia for occupying Crimea and Donbas (to make it possible to communicate with some confusing people – the deputies of the parliament, just because Putin wanted so).

There is only one explanation for this. This phenomenon has nothing to do with ordinary Russians, with willingness for dialog with the regime, which is not hiding its desire for external aggression as well as suppression of the dissent within the country. It just testifies to the absence of political will. Such a situation is reflecting the hope that the issue of Russian political regime will disappear itself, that Western democracy is more effective than Russian authoritarianism.

As Russian authoritarianism, which is financially incapable, cannot be a real competitor of the West, nobody is trying to exacerbate the situation and provoke Putin. It is better not to provoke him and let him decay in the Kremlin. He will definitely decline one day. That is what the former US President Barack Obama called the ‘cumulative effect’ of the sanctions.

However, it is necessary to admit that Putin’s regime is staying firm because the civilized world is reluctant to combat it genuinely.

By the way, Lukashenko’s regime exists thanks to the civilized world’s unwillingness to fight with the Putin’s one. The financial and political support given by Russia is very important to Lukashenko’s regime, Lukashenko is not afraid of any sanctions as long as Putin is on his side.

However, severe sectoral sanctions are very dangerous for Putin, but nobody is about to impose them against Russia. They are just scaring Putin with such kind of sanctions: if you do this or that, if you ‘really’ invade Ukraine, if Navalny dies, then…

What will happen then? Putin feels very well the boundary between his crimes and the situation, in which the West will not be able to stay aside and will have to respond in a tough manner. He may never cross this ‘red line’, particularly as the West itself is constantly moving this ‘red line’ in accordance with Putin’s movement.

Indeed, if the West is fighting the aggressive authoritarianism in such a cautious manner Putin’s regime will be decaying. At the same time, it will be destabilizing Ukraine and other neighbouring countries. It will be also creating critical situations for the West everywhere, where it is able. It will be destroying the seeds of dissent in its own country.

It will be a very dangerous decay process.