What can be real implications of the move and what does Ukraine need to do in the situation? 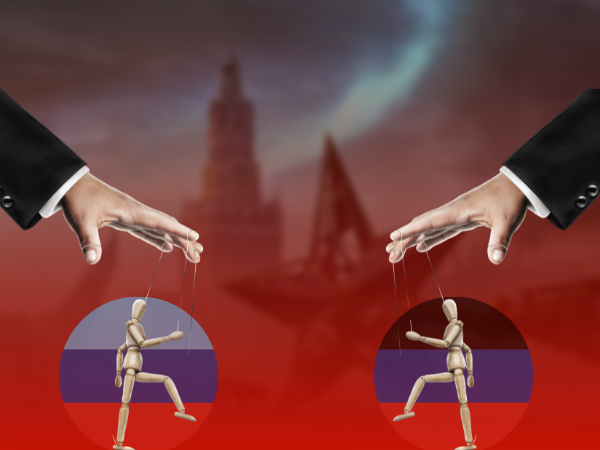 30 years ago the world was rocked when Abkhazia and  South Ossetia – two breakaway region in Georgia announced their independence. The story looked unimportant and was soon forgotten, but in 2008 when Russia invaded Georgia, it re-emerged in the news after their independence was recognized by Moscow.

Apart from Russia, the breakaway regions were recognized by such states as Nicaragua, Venezuela, Syria, and tiny island state Vanuatu and Tuvalu.

Two ‘republics’  lean on Moscow financial aid  heavily and use the Russian rouble as their official currency there, while the Russian military hold a tight grip over their territory.

Their ‘independence’ was not recognized in the world and the UN Assembly resolutions ruled they are still part of Georgia. The aggression against Georgia in 2008 drew condemnation from the most UN state members and was called a violation of its territorial integrity.

The same scenario probably will unfold in the occupied Donbas as the Kremlin will try to ‘legalize’ presence of its troops and bolster economic ties of the region with Russia.  The so-called ‘republics’ will keep producing statements about their ‘independence’, ‘struggles’, and ‘strengthening relations with Russia’.

Russian officials are creating  an ‘alternative’ reality turning their back on the rest of the world that has a clear position on the situation where Russia is seen as an aggressor.

Meanwhile, Kyiv now needs to pass some legal acts on the breakaway ‘republics’ status, and such documents have to be in line with the legislation on Crimea.  Ukrainian government could make  DNR/LNR subjects of the law ‘On Ensuring the Rights and Freedoms of Citizens and the Legal Regime in the Temporarily Occupied Territory of Ukraine’.  The latter defies Russia as an ‘aggressor-state’ making it legally accountable for violations of such 1907 Hague Conventions and both 1949 Geneva Conventions.

Russian officials were initially vague about the drawing  ‘republics’ borders, which, strangely enough, is a clear signal they know the border will come where the Ukrainian military and the Western powers allow it as Putin and his defense minister Shoigu understand they don’t have enough powers and human resources for redrawing the map.

The Western countries will play a critical role now, yet leaders there still have decide on the extent of its involvement with the situation of the aggressive acts in  Europe.

Can violations of ‘new borders’ come as a pretext for starting a full-scale war? No doubt. Moscow can cite explosion of a toilet in some village or stage a fake shelling of some object in Rostov region, or ‘capture’ some ‘Ukrainian shock troopers’.  If you have to deal with a mad person, you can expect practically anything.

No matter how mad Russian leadership appears, they still have some survival instincts otherwise they would have just proclaimed the region part of Russia.  The ‘independence’ ploy puts no formal obligations on Moscow while partnership agreements it singed with these ‘republics’ can be disregarded any time while their leaders can be changes once there is any sign of discord.

Overall,  official recognition of DNR/LNR ‘republics’ can leave Moscow in a permanent tight corner freezing the situation in Donbas that will grow even more dependent on Russian subsidies, and the Kremlin will walk way from  this shaky status quo once it reaches the point when it will have to take care of its own survival.