Ratings are a capricious thing that needs constant attention and support. It is especially difficult to to create the semblance of ‘people’s love and approval’ in social networks, where one person can sometimes appear in dozens of avatars, names and accounts. Moreover, the attempts to use bot farms attract the attention not of a potential voter, but of law enforcement officers. 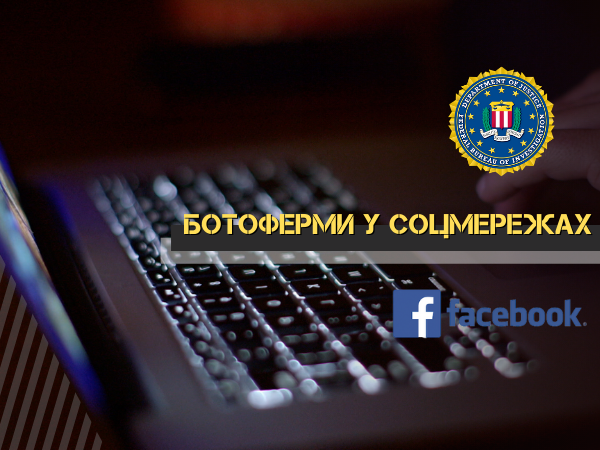 In the winter this year, ‘Bukvy’ investigated the activities of pro-government bot farms on Facebook. The reaction of the social network was not delayed, and already in the April report, Facebook announced that it had removed the found bot farm.

‘We deleted 105 Facebook accounts, 24 pages and 5 Instagram accounts that were created in Ukraine and targeted the audiences within the country. […] We began to study the activities of these pages after reviewing the investigations of the Ukrainian media outlet ‘Bukvy’. Our investigation has revealed links to individuals affiliated with the ‘Servant of the People’ political party in Ukraine.’

Not only Zelensky’s bots were removed, but also the accounts associated with the sanctioned MP Andriy Derkach and former PM Volodymyr Groysman. However, the hint from the other side of the Atlantic probably was not clear enough and a new investigation by ‘Bukvy’ revealed that the use of the fake accounts, pages and groups for political agitation continues.

As it was established during the first investigation of ‘Bukvy’, only the direct costs for political advertising amounted to about USD 30 thousand.

In general, the spent amount can reach more than USD 200 thousand dollars. Moreover, if to look into the activities of this bot farm outside Facebook (in particular, on YouTube, Telegram and VKontakte), the amount can be twice as big.

Of course, there may arise a question – why does it matter for Facebook Inc., a corporation from Menlo Park, California, whose shares are traded at NASDAQ? The company provides paid content promotion services within its product, receives payment, reports on it, and pays taxes

In one of its reports, Facebook mentioned that they started fighting the bot farm after they had been approached by the FBI. It is no secret that the topic of illegal interference in elections has been quite painful in the United States for a long time, in particular the issue of manipulating public opinion on social networks.

It is not just about elections within the United States. If an American company is involved in interfering in elections in another country, it will also fall under the jurisdiction of the US law enforcement system. In addition, if the American company receives funds of unknown origin for services that will be part of the interference in the election…

It is unlikely that Mark Zuckerberg was looking for a way to repeat the unpleasant experience of participating in a meeting of a special Congress commission to investigate such facts. It is also doubtful that the management and shareholders of Facebook Inc. want to be involved in the US law enforcement investigation into election interference and money laundering.

This is supported by the fact that in 2021, the US anti-money laundering legislation became much stricter.

In addition, investigators are not obliged to disclose the details of the case in any way, except for the notification of the judicial district in whose jurisdiction the investigation is taking place (in order to ensure the right to appeal).

The new procedure also stipulates that US law enforcement agencies send a request directly to the bank, bypassing the procedures for cooperation with the relevant authorities of each country. In addition, the bank, in turn, is prohibited from disclosing both the details of such a request and the very fact of it. Penalties are provided for failure to provide the information specified in the request or testimony if it is otherwise impossible to provide the information.

Sanctions range from large fines (up to $ 50,000 for each day of overdue response) to the termination of a correspondent relationship between a foreign bank and a correspondent bank in the United States.

What does it mean? There are facts of ordering from the company from the USA services on advertising information of political character using fake accounts, pages and groups (simpler – bot farms) which has already attracted attention of the FBI. There are facts of payment to the US company for such advertising with funds, the legality of which is questionable. This gives the US law enforcement system both the factual and legal basis and authority to initiate an investigation into the sources of funding such orders.

The first to be approached with questions in the event of such an investigation (and as we learned above – it has already begun) will be the final recipient of funds – Facebook Inc. As the company understands the impact of formal allegations of involvement in an international crime on the value of shares, it will immediately provide all available information on relevant transactions, including data on banks and payers d, and, as we have seen, will make every effort to prove their non-involvement in the probable crime.

Next in line will be the banks through which the relevant transactions took place. As we already know, banks have only two options in such a situation – to provide the requested information or to pay a significant fine and lose the opportunity to cooperate with the US banking system. What a bank will choose in such a situation is probably a rhetorical question…

What awaits those involved in the activities of bot farms?

Now let us consider the most interesting things. At the stage when it is time to ask questions to direct customers of advertising, the US law enforcement agencies will already have enough information about the people behind the the bot farm and the movement of funds in bank accounts. They will also have information on the persons to whom all the involved accounts belong. These people will have to explain both the origin of the funds and the reasons for ordering political advertising, which is also not so simple (more on this below).

What is next? At least, another extension of the SDN OFAC (list of persons subject to sanctions by the US Office of Foreign Assets Control), as was the case with the already mentioned Andriy Derkach, MP Oleksandr Dubinsky and many other lesser-known people.

There may seem to be nothing wrong with this, but only if the list member does not plan to leave Ukraine or have accounts, property or business outside Ukraine. In other cases, US sanctions can seriously complicate the life of their addressee not only in the United States but also outside the country, at least in Western Europe.

In addition, there is the agreement between Ukraine and the United States on mutual legal assistance in criminal matters of February 10, 2000.Article 1 of the agreement explicitly states that both countries undertake to assist each other in obtaining evidence, providing evidence, searching for persons or property, seizing and confiscating property (regardless of whether the act under investigation is a crime under the law of the requested state).

Of course, the Constitution of Ukraine guarantees that a citizen of Ukraine cannot be extradited to another state. However, violating the procedure for financing a political party or campaigning is also considered a crime in Ukraine, according to Article 159-1 of the Criminal Code (as we remember, Facebook reported that the removed bots were associated with the pro-government political party).

So far, there have been only one court verdict based on this article, but direct political advertising on social media has not been a common phenomenon until recently. In addition, we should not lose sight of the key element of the issue – money and its origin.

If a person legally earned money, paid statutory taxes and fees, and decided to pay a certain amount to US companies for the promotion of a favorite political force – it is one thing (although still there are questions in the context of Article 159-1 of the Criminal Code) . It is quite another thing if these funds were not properly taxed, or have signs of being obtained in a criminal way. In this case, there is a number of articles of the Criminal Code to choose from. The choice will depend on what was established in the first and second stages of the investigation, such as that Facebook removed bot farms after receiving information from the Federal Bureau of Investigation.

Finally, it should be noted that found by ‘Bukvy’ use of bot farms and financing of political advertising, as well as the reaction to these facts by the US law enforcement agencies happened between the election campaigns.

It is to be expected that with the approach of the elections, the activity of bot farms and budgets for advertising and promotion on social media, as well as the vigilance and activity of law enforcement officers in this direction will increase.