Post-black metal exploded in 2010 with the band ‘Deafheaven’ from San Francisco. To this day, this genre, which destroys dogmas, has its fans. And they are not just followers of extreme metal. 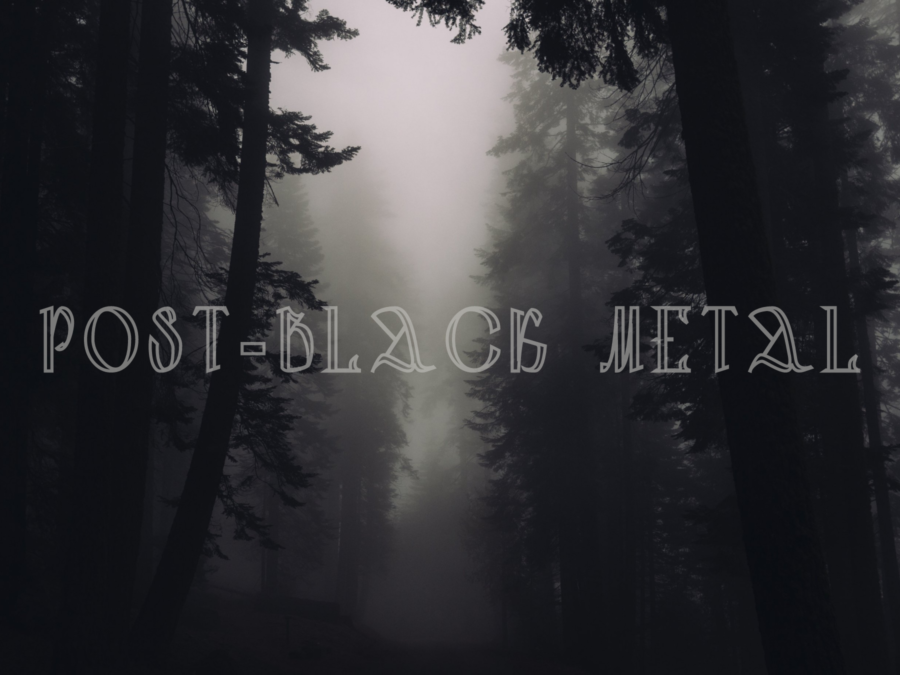 Black metal is one of the most controversial and extreme genres of heavy music. It originated in the late 80s, when thrash metal bands such as ‘Venom’, ‘Bathory’ and ‘Celtic Frost’ added even more blood and devil worship to the heavy metal, which already frightened average people. And although the first wave of black metal had its own aesthetics, Norwegian teenagers in the 1990s took very seriously the calls to go to war against God and the church.

The music became even harder to listen to because novice musicians recorded it using dictation machines, re-recorded hundreds of times from cassette to cassette, and music itself was not so important. The most important thing was to be as evil as possible. The history of Norwegian black metal includes murders and suicides, church fires, secret orders, white nationalism and many other unpleasant and evil things, which gave black metal a ‘true cult’ status (trve cvlt).

Due to the media explosion provoked by events related to bands such as ‘Mayhem’ and ‘Burzum’, black metal in its Scandinavian reincarnation with blast beats, terrible otherworldly shrikes and screams instead of vocals and a sinister aura spread across the planet. Young people glorifying the devil with guitars and corpspaint faces began to appear on every continent. 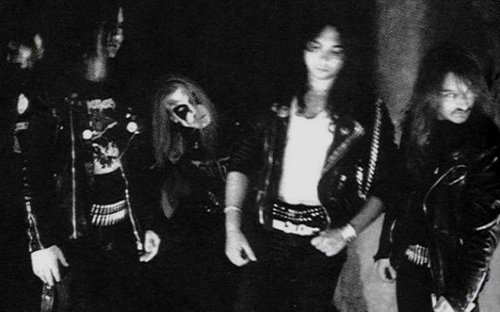 However, like any musical genre, even one based on ideology rather than music, black metal began to develop and branch into subgenres. ‘Cradle Of Filth’ and ‘Dimmu Borgir’ were a mainstream success in the 2000s, using gothic images and symphonic arrangements to make black metal more understandable. Their complete opposite was raw black metal, deliberately recorded with a horrible sound to maintain elitism and reject ‘normies’.

Based on different ideologies, National Socialist, anarchist and even Christian black metal emerged. Musically, there was no huge difference between them. Only folk and viking black metal were different adding epic and folk instruments. There was also atmospheric black metal, which, as the name suggests, sounded more cinematic, and shifted emphasis from evil to the greatness of nature.

But as we know from the history of music, sooner or later the genre always ends (maybe not literally, as there will always be bands that will focus on a specific time and place in history when creating their music), and it grows into something completely new with the prefix ‘post’. So it was with punk, hardcore, rock and metal in general, and that is what happened with black metal. It all started, as always, with the avant-garde musicians and experimenters.

In the mid-2000s, French musician Niege created the project ‘Alcest’, the music of which clearly indicated post-rock elements. Nobody could say ‘Alcest’ black metal was dreamy, fantastic, pleasant, wonderful or cute. And while there is both sadness and emotion in the sound, ‘Alcest’, like many post black metal bands, is much ‘sunnier’ than their white-faced counterparts from the second wave of black metal.

However, post black metal really exploded thanks to a band from San Francisco called ‘Deafheaven’. Founded in 2010 by vocalist George Clarke and guitarist Kerry McCoy, after recording their first demo, ‘Deafheaven’ were invited to Deathwish Inc. – the label of Jacob Bannon from the cult metalcore band ‘Converge’. Their debut ‘Road To Judah’ made a splash, but the ‘Sunbather’ drew even more attention.

Let us put it this way: there were no indifferent among heavy and black metal followers. ‘Deafheaven’ were called hipsters, and black metal elitists refused to consider them in any way related to the genre, especially not listening to them and basing their conclusions on the aesthetics and positive reviews of the mainstream music press. Those who did not have expectations within the ‘real black metal’ got a new, fresh sound, a combination of post rock, shoegaze in the style of ‘My Bloody Valentine’ and atmospheric black metal. The music of ‘Deafheaven’, despite its heaviness, evokes a feeling of elation – as if after a thunderstorm, the sun rises and a rainbow appears. Over time, ‘Deafheaven’ increasingly moved away from extreme sound. Their latest album ‘Infinite Granite’ contains almost no screams and is already a full-fledged shoegaze album.

However, it is worth separating blackgaze (mostly bands that follow ‘Deafheaven’, such as the Danish ‘Møl’) and post black. Currently, post black metal is a general term used to describe bands whose sound does not fall under the canons of black metal, but in whose music the elements of black metal are still central. Post black also departs from elitism and cultism. This is a more open, more experimental genre. This can be traced in ideology. The Ukrainian black metal scene was primarily nationalist or openly right wing and anti-Semitic. Ukrainian post black bands are not ashamed to oppose xenophobia, fascism, racism and homophobia. 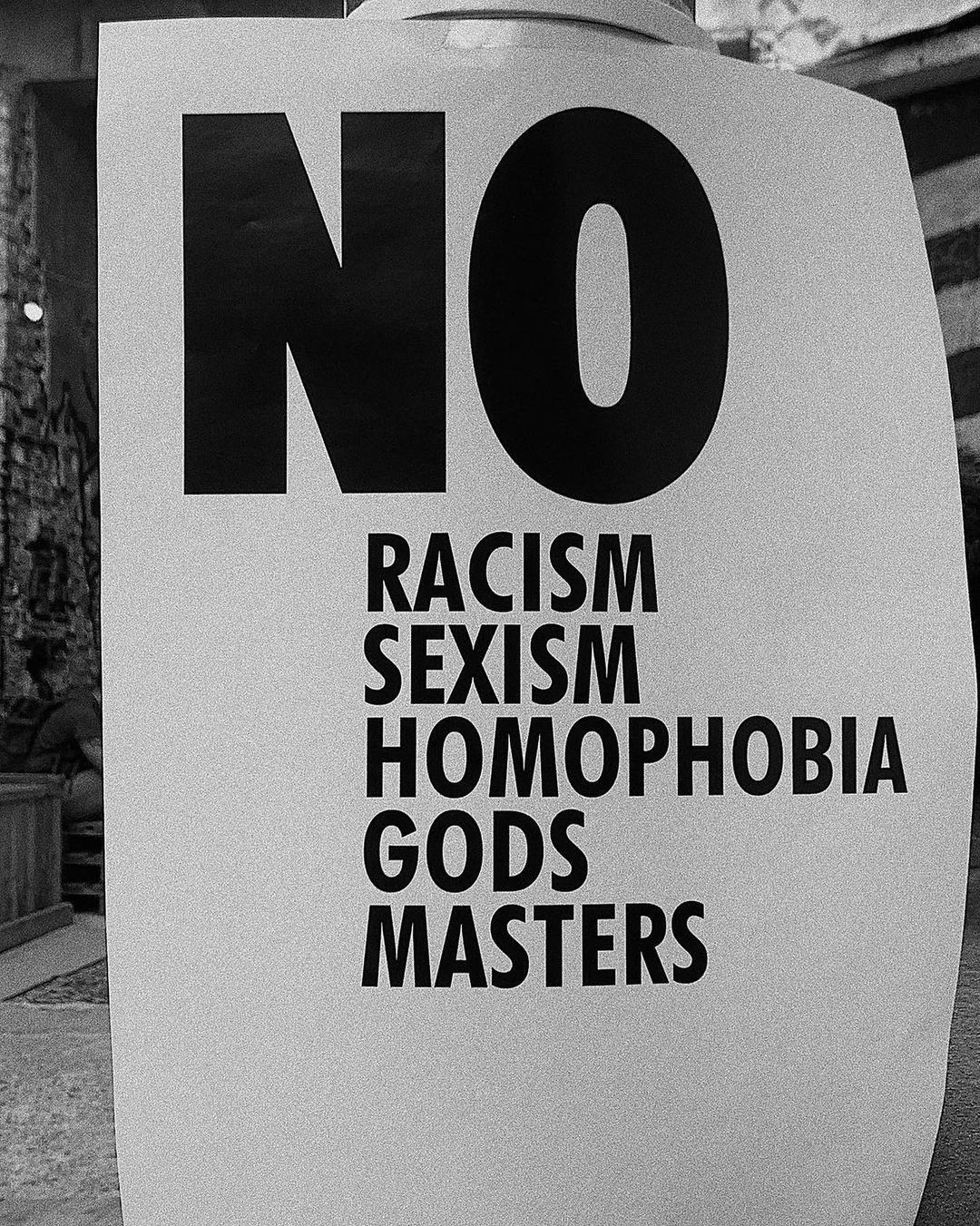 The brightest and most interesting representatives of post black metal in Ukraine are bands ‘White Ward’ and ‘pušča’. ‘White Ward’, the residents of the French label ‘Debemur Morti Productions’, began under the great influence of melodic black metal and early ‘Deafheaven’. This is especially noticeable in the ‘Origins’ collection, which covers the creative period from 2012 to 2015, but their first full album ‘Futility Report’ in 2017 immediately demonstrated that ‘White Ward’ has something to say and does it in their own style. Electronic instruments and a saxophone are added to the black metal, creating a truly noir atmosphere.

The album ‘Love Exchange Failure’ received positive reviews from music critics (Blabbermouth called them ‘one of the most inventive bands in modern black metal’) and fans. We can say for sure that ‘White Ward’ is one of the most interesting bands of the Ukrainian heavy scene and a serious player on the international arena.

The young Lviv band ‘pušča’ started not so long ago, in 2019, has only four recorded tracks and one music video. However, thanks to their live performances, it has already gained popularity and recognition on the underground stage. First of all, it is due to the incredible charisma of Seira, the band’s vocalist. Live performances of ‘pušča’ take the breath away and provoke tears. The French language, a combination of beautiful clean vocals and screams on the verge of hysteria, the veiled faces of musicians and each time a different image of Seira make concerts of ‘pušča’ worth attending.

So, post black metal is a genre that destroys dogmas and finds its fans not only among extreme metal followers; it is a more human version of a deliberately ‘evil’ genre, from which they have partly taken form, but removed unnecessary nihilism. A dawn always comes after a dark night.