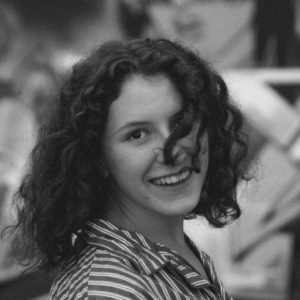 Andrew Cuomo, the 63-year-old governor of New York, known to the media as a women’s rights and LGBTQ+ advocate faces allegations of sexual harassment. His alleged misconduct provoked a firestorm of criticism with politicians from both Republican and Democratic camps now calling for his resignation

Bukvy New York governor is facing calls to resign over charges of sexual harassment  after an investigation by State Attorney General Letitia James alleges  he sexually harassed dozens of  women, including current and former state employees. The invesitigators found Andrew Cuomo was ‘engaged in unwelcome and nonconsensual touching, as well as made numerous offensive comments of a suggestive and sexual nature’. The accounts of 11 women total were put forward in the report; the intvesigators interviewed 179 witnesses and obtained thousands documents of evidence.

The 168- page damning report exposes a story of toxic atmosphere and sexual harassment that flourished in the governmental office for many years.

The damage is done and these days  the governor faces the firestorm with his fellow Democrats calling for his resignation.

The New York governor is known as a keen supporter of LGBTQ community, and latest revelations about his abhorrent behavior toward women came as  shock to many.

As a long-serving governor, he was often championed for  his liberal policies (HELP campaign) that helped New York address the issue of homeless people. He notably contributed to  legislative reforms that  included bringing same-sex marriage to New York in his first year in office and supporting  the Gender Expression Non-Discrimination Act that ultimately banned controversial conversion therapy  for minors. He also threw his weight behind the legislation that protected women’s reproductive rights, endorsed the pay equality law and  the law prohibiting gender-biased policies  in the workplace,  and advocated a law extending the statute of limitations on rape charges.

For a long time, he has been a vocal advocate of gender equality and women rights campaigns. In a sudden turn of events, today Andrew Cuomo is facing allegations of things he has been publicly campaigning against during his three terms in the office.

‘New York will continue to lead the nation in not only protecting, but also advancing women’s rights until we achieve true gender equality for all New York women’, claimed the governor in his program on the official site.

Andrew Cuomo’s personal life is known for his rocky relation with his first wife. He was married to a member of America’s most famous political dynasty: Kerry Kennedy, the daughter of former Attorney General and Senator Robert F. Kennedy and Ethel Kennedy.

The pair were together for 15 years, however became embroiled in a bitter divorce in 2005, amid claims of infidelity and financial disputes. She was an ardent human-rights activist who had taken the lead in setting up the Robert F. Kennedy Center for Human Rights. Currently  she is the chair of the Amnesty International Leadership Council,  she also serves on the board of directors of the United States Institute of Peace, as well as Human Rights First, and Inter Press Service.

New York Governor Andrew Cuomo and Kerry Kennedy shares three daughters—twins Mariah and Cara, 25, and Michaela, 22.  In July 2021, his youngest daughter Michaela   declared herself to be ‘demisexual’ in an Instagram live stream conversation, only weeks after coming out as queer.

The accelerating  fall from grace of a powerful American politician shows that the modern time populists, with their calls for ‘all the best’, turn  women’s rights and gender-bias issues into a handy manipulative tool for own political gains.

The modern intricate world  we are living in makes people grow more skeptical and wary of information they are being fed. The present day sees more and more scandalous stories, making it hard to tell which of those can claim credibility.

In 2017, Hollywood was rocked by Harvey Weinstein scandal – dozens of actresses accused the high-caliber Hollywood mogul of sexual abuse.  Their voices could have been silenced and drawned out in media stories, they knew it could ruin their careers, yet they came forth to reveal their stories of humiliation and abuse.  After Ashley Judd’s  damning revelations in New York Times story, more than 80 women got emboldened to tell  their stories.

Given the modern-days context, sexual harassment is not about casual sexual misconduct. Any sort of unwelcome verbal or non-verbal act –be it a suggestive comment or inappropriate touching, is an obvious violation of personal space. Women are routinely fall prey to such mistreatment , both at home and in the workplace, and few dare to speak up and call out a person they deem ‘too powerful’ for fear of being taunted and ostracized.

It is a daily concern of every Ukrainian woman

Stories are aplenty about Ukrainian women regardless of their social standing or profession, dealing with routine sexual harassment. Interestingly, status and profession often come as key factors in situations when a woman chooses to open up on sexual violence she faces.

The ‘Povaga’ campaign group surveyed women who were victims of sexual harassment on public transit.  Most of the respondents recounting the traumatic experience revealed they were paralyzed with fear. Psychologists call it a catatonic stupor, it is the most common response for women in a situation when they are harassed.

Ukrainian women in the military also  fall victims of sexual abuse.  The human-rights group ‘Nevydymyi battalion’ runs campaigns against sexual abuse of women serving in the army. The group was established in 2015, at the time when the war in Dobnas war raging.

‘There are ‘uncomfortable’ issues they keep quiet about, and sexual harassment is one of such things. Especially at the wartime. At war, playing against your own team is much like playing in the hands of enemies. Criticism of own army is like helping enemy’. It is a common sentiment people relate to on social media responding to the issue.

People tend to feel pressure of general public sentiment and are made to take into account different public or political considerations that can impact their judgment.

Gender-bias or sexual abuse scandals on Ukrainian political scene are often met with  a strong public reaction. There are women in Ukrainian politics who try to campaign against  sexual abuse but their effort can hardly get anywhere when you hear stories about MPs who  find it okay to exchange texts with prostitutes  right from the session of  the Ukrainian parliament.

Andriy Bohdan, the former chief of Zelensky administration, found it okay, in an appropriate gesture, to force a hug on a female reporter.

This seemingly innocent behavior is often reported by female media professionals. The recent  June survey by Institute of Monitoring showed 53% of women working in media were exposed to such unwelcome treatment with most incidents  (30%) taking place when they had an interview. One in four media workers found themselves in such situation in the editor’s office and every fifth female journalist had to deal with it while reporting in the field.  Almost each forth female journalist was harassed with crude sexist jokes (28%), inappropriate touching (27%), and indecent propositions (25%).

The bar for mistreatment of women has been considerably lowered following the scandal that engulfed two key figures of Zelensky’s ‘Servant of the People’ party. Oleksandr Korniyenko and David Arakhamia used derogative remarks about their fellow MP  Iryna Allakhverdieva calling her a sturdy ‘ship pine’ and ‘working gal’. The government swept the incident under the rug  – in stark contrast to reaction to Andrew Cuomo scandal in the US that drew swift condemnation from  both Republican and Democratic state legislators and congressmen.

In another overtly embarrassing situation,  ‘Za Maybutne’ MP Serhiy Rudyk used sexist and age-discriminating remarks addressing a 32-years old MP Maryana Bezugla. The disgraced MP who later apologized to Bezugla was quoted as saying  ‘I am surprised as anyone in this session hall, [to hear] a girl who is 32, calling on us to support one of the important documents’.

Ukraine’s Culture Minister Oleksandr Tkachenko has his own record of controversies.

‘Have you seen yourself in the mirror? Our channel’s audience is not really… I am not ready to risk our ratings’, told  then executive at Ukrainian top ‘1+1’ TV channel Tkachenko to a TV present Carolina Ashion assumingly referring to her dark skin.

Such incidents are aplenty but we still have no tools to set things right in this regards.

With morale degrading, it is no wonder that even universities are also rocked by sex scandals.

There was a 2017 story of Kyiv-Mohyla University lecturer Oleksky Kurinny who was accused of sexual harassment. In 2019, the sex scandal broke out in Kyiv Taras Shevchenko University where six students came forth accusing biology lecturer Petro Romanenko of sexual abuse. The same year, another Kyiv institute – Ihor Sykorsky Politech Univeristy faced backlash over a student beauty contest they staged that  saw underage 1st year students made to take part in BDSM-styled photoshoot.

Many things of this sort go unnoticed and covered up due to obvious reasons.  Prejudice against women, sexual advances are part of daily experiences Ukrainian women face in virtually all industries.

Respect to personal space of others and liability for its violation is a relatively new thing for Ukrainians. As any other novel thing the concept faces opposition, aggression and skepticism. Changes in attitude are still slow and hardly visible.

The key part of women rights perspective is to keep t  account oneself drawing a line at what is okay and what is not. Failing to address sex violence issue breeds tolerance of such acts while such crimes are still hard to track and identify.

The biggest challenge now is to develop mechanisms to make public aware of the problem and push harder to have those accused of such crimes accountable.