‘Ukrainian Elon Mask’ – what we know so far about Maxym Polyakov

Ukrianian goverment has got a new pet project. Planning to 'outpace' the States in space, they are striking a dubious partneship. 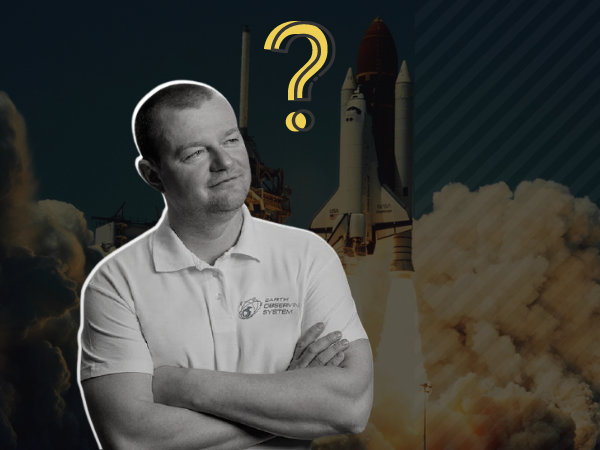 The other day, scrolling through the news feed, I came across a story on Maxym Polyakov who is often lauded by Ukrainian media as an ‘investor, philanthropist, and public figure’. It looked like  just one of those stories you would normally pass on.

The small thing caught my eye though. There was a mention of Maxym Polyakov in connection to Ukrainian top officials – Denys Shmygal, Oleh Nemchynov, Vadym Gutsayt, Kyrylo Tymoshenko, and Davyd Arakhamiya.

Publication carried the news about a new partnership program of Ukrainian government and big business, which, in situations like this, often implies government will fork out tax-payers’ money on another ‘big construction’ project – this time it was a cosmodrome.

Maxym Polyakov is often mentioned in connection to Firefly Aerospace company. In 2017, the company that develops launch and in-space vehicles  collapsed following the lawsuit from   Virgin Galactic on claims of intellectual property misappropriation. This is when Maxym Polyakov’s Noosphere Ventures arrived on the scene to buy Firefly Aerospace.

Two years later, former owners of Firefly Space System filed a complaint claiming that Polyakov and Firefly CEO drove the company to bankruptcy to snatch it up for a smaller sum. It remains unknown how the dispute was resolved.

While Elon Musk frantically keeps launching his rockets, Firefly is obviously stuck on the launchpad. Their first rocket launch was set for 2020, then it got   rescheduled for spring of 2021. Now they are planning to take it off the ground in summer. Falling behind all launch schedules, Firefly keeps courting investors and crypto lenders.

Earlier ventures of Mr.Polyakov were literally more down-to-earth. Before he became a ‘visionary’ and ‘investor’, he dabbled in dating sites’ business.

You will hardly find any mention about it on his Wikipedia page. It was heavily re-edited. His biography is now squeaky clean and features links to Google Academy site and Noosphere Ventures. It is no wonder that Wikipedia discussions red-flagged his page as factually inaccurate.

Still, he failed to weed out all those things. You still can find a news story by International Business Times on the investigation exposing links of Polyakov to numerous dating cites.

In 2013, BBC found  that online dating company Cupid Plc used fake profiles to boost its membership. BBC report claimed that  Internet surfers received lots of messages from prospective dates when they first joined the free service.  But when they subscribed to the service, interest rapidly tailed off. The story was picked up by Kyiv Post that tracked down the company’s operations in Ukraine. The Kyiv Post reporter went to work for Zaporizhya office of Cupid Plc where she was soon told to urge the dating cite visitors to buy a membership.

In the wake of the scandal the company that was long hailed as ‘a fast-growing tech business’ saw its shares plunge and was soon sold to Grendal Investments that was affiliated with Maxym Polyakov.

Together Networks was also investigated in relation to another disputed deal Polyakov was allegedly involved with.

He sold his shares in Phoenix Holding Ltd, the company that owned Together Networks to a new investor  in a deal worth  $12 million promising quick return. Soon the buyers found that they claimed rights to a smaller share of the company that chronically delays dividend payments and faces dwindling profits –$6 million in place of expected $35.

‘Social casinos’ is lesser-known business of Maxym Polyakov. It is basically online and mobile gambling games. One of his  ‘social casinos’ business remarkably called ‘Murka’ was recently acquired by American-based ‘Blackstone Group’.

Such things speak for themselves. If the Ukrainian government official  really gambles on such dubious partnerships ‘developing’ Ukraine’s space programs, we all soon find ourselves crying out loud ‘Stop the Earth. We are getting off!”