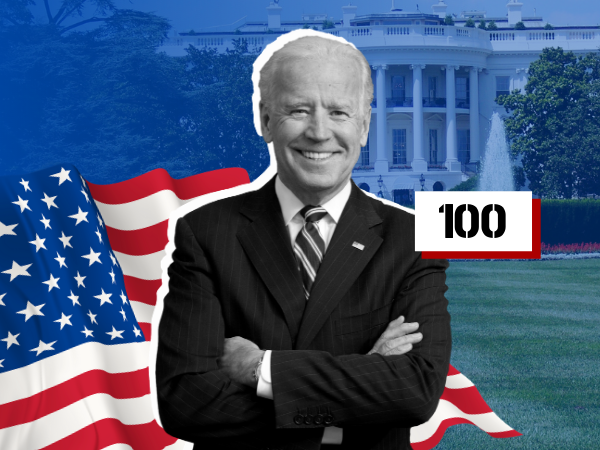 After all, it was set to be his main political goal on becoming a president. He was called to ‘decrease the volume’ of political turmoil in the US  and make things more predictable and relatable for the rest of the world.

For three last months, we have lived in the world where the US news, pandemic aside, does not revolve around  intangible @Potus tweets that would give former US president’s aides a hard time explaining.

There are no unexpected appointments and unreasonable dismissals. No atmosphere of scandals and anxiety we experienced with Donald Trump in the office. Sure, the Trump show was a ‘boon’ for journalists, and, yes, Biden, taunted as ‘sleepy Joe’ appears to be a boring president, and hardly a match to the former president in this regard. But this is exactly what professional politics is supposed to be – predictable and responsible. It is not about putting on a circus show that can mess up any good intentions and turn civil service into a cheesy spectacle for jeering crowds.

Here, in Ukraine, we can call the new US president ‘unpredictable’ considering his previous political record.  The numerous experts projected that Joe Biden was going to avoid a ‘Ukrainian’ issue on coming into the Oval office.  The ‘Ukrainian issue’ was perceived by many  as ‘toxic’ for his political career. There had been a lot of talk about his son Hunter Biden using his father’s influence for personal gains when the latter was the US vice-president and the point person on Ukraine’s polices. Hunter Biden’s ‘Ukrainian dossier” was set to be pivotal in Trump election campaign. Donald Trump would drum up the issue to no end, and even pressed  Zelensky over the Bidens story  in a telephone call, which subsequently saw him facing first impeachment campaign. Bringing up  a ‘Ukrainian issue” now,  president Biden would probably face the new wave of criticism of the White House position.

The new US president has showed that he is not a quiet type In his very first days in the office, Biden proved political experts wrong on  the predictions that he would prioritize issues at home over foreign policies, with handling Covid-19 pandemic coming at the top of his list. Despite the pandemic challenges, his foreign policies are now getting as much attention as the US domestic problems.  His “America is back” slogan is taking  shape of real measures and policies.

We also see Ukraine re-emerging  as one of the priorities for the US foreign polices. In his first call with the Russian president Volodymyr Putin, the US president was outspoken in his support of Ukraine’s sovereignty.

Ukraine is now part of diplomatic narrative for Biden and his top officials. They  send a clear message to the Kremlin and the rest of the world. No more can Russia claim a free rein in its Ukrainian policies assuming that Americans would hardly care to intervene. Quite the opposite, the Biden administration is set to be more proactive dealing with  a possible Ukrainian crisis.

It is clear now that the first contact between the new US administration and Ukrainian officials were rather ‘didactic’. Biden was expected to be rather restrained with  Zelensky given the latter’s involvement in Trump call scandal and awkward Kyiv’s response to “Derkach tapes” story.

It looked so in the very first days of his presidency  but the news of Russia’s military movement at the Ukrainian border saw the swift American response with  US Secretary of State Antony Blinken reaching out to his Ukrainian counterpart Dmytro Kuleba.  His call was closely followed by Biden’s phone talk to Zelensky. Coming at the time of military threat, the first interaction showed that ensuring security for Ukraine was more important for Biden than possible personal considerations. We can assume though that the future contacts between the two presidents  will follow the ‘didactic’ line.

In other words, the US will urge the Ukrainian president to strictly pursue his own country interests and will ‘put on hold’ contacts once Zelensky strays from the course for his populist ideas or trying to protect the oligarchs at the cost of Ukraine’s interests.  Now we can witness ‘didactic pedagogy’ of Washington first-hand. There has been news of a possible the US Secretary of State visit to Kyiv bringing to Ukraine a new US Ambassador, which means a sharper focus on the Ukrainian government moves that are still overshadowed by the Trump-era perspectives. It makes sense as long as the US sees Ukraine as a reliable partner and ally expecting no crazy u-turns and about-faces from it.

At this point, we can judge rather by signals than real actions. The first 100 days of Biden in the office can hardly give us a clear understanding of his future strategic moves.  We will possibly learn more after the US Secretary of State Antony Blinken visit to Ukraine and Joe Biden’s European diplomatic trip that can possibly see him meeting Putin.

Overall, I would rather not overestimate the US role in resolution of Ukraine’s domestic issues. After all, reforms in the country or defenses against a possible invasion are in hands of Ukrainians; failure to appreciate the overseas support in the face of the Kremlin aggressive moves can prove costly for Ukraine on its course of reforms.