In his Sunday interview with CBS TV channel the French president Emmanuel Marcron stated that the international community “must draw clear red lines” with Russia that can be followed by new sanctions in case of "unacceptable behavior" by the Kremlin. 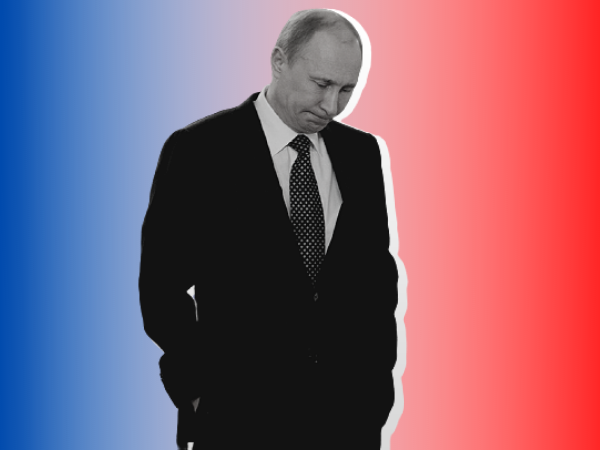 “I think what happened a few years ago when Ukraine was invaded, it’s not a failure of diplomacy, it’s a failure of our collective credibility vis-à-vis Russia,” Macron said in reference to the Ukrainian events in 2014 that came before his term as a president.

Addressing the issue of ‘collective credibility’ Emmanuel Macron reminded about the Western allies’ failure to enforce the Obama administration’s “red line” on the use of chemical weapons by Syrian dictator Bashar al Assad that, in his view, later emboldened Putin. The French leader’s message was pretty obvious. Noting that he was still “in favor of discussion with Russia”, he stressed that, in the first place, the West “must put clear lines” that “must be respected” by the Kremlin. The message is clearly has to do with Ukraine.

Emmanuel Macron was long known as a eager advocate of talks with Putin and even invited the latter to visit his French residence before G7 summit. What makes this Western leader now take such a tough stance against policies of the Kremlin? The shift in attitude of the French president and other Western leaders could have been prompted by the chain of events that eventually reconfigured the international policies to Russia.

First of all, it stems from the Joe Biden’s perception of the Russia president. The US president sees nothing wrong in agreeing to call Putin a “killer”, and now we see the Russian president picking up a telephone receiver to talk to Joe Biden, despite the Russian officials and their propagandists’ vehement claims that Putin would refuse to do so unless the US leader apologizes. Russia has promised that new sanctions will make them say ‘no’ to US-Russia summit talks, and now, with the new sanctions in place, Russia is seen failing to deliver on this promise. This shows that Putin can be and must be pushed into doing things since this appears to be his own idea of dialogue.

Russia’s military build-up on the Ukrainian borders is also part of this story. No matter for how long the Kremlin can try to convince the rest of the world that the Ukrainian president wants to attack “peoples’ republics”, the personality of the latter and his previous political record prove such allegations unfounded considering Zelensky’s conciliatory agenda and constant calls for peace or, at least, some truce. The West sees it the way it is; Russia is seen putting pressure on Ukraine, trying to bully and destabilize it, and still failing to find reasons to shift blame to Ukraine. Putin may claim that he was prompted to retaliate in the light of the sanctions against Medvedchuk, but this will probably come as a lame excuse for the West.

Russia’s policy against Alexey Navalny should also be taken in regard. The abuse campaign against this opposition leader faced a public outcry in the West when the Kremlin tried to poison him with “Novichok” and, on failing to do so, put to trial and sent to jail. It showcased the Russia’s mistreatment of political opponents and critics of Putin’s corrupt regime. Russia’ policies are now called into question again amid the growing concerns over Navalny’s failing health. Predictably, the Western countries are now forced to seek the options of political leverage to use against Moscow in case of Navalny’s death.

And the last consideration is related to the recent revelations about Russian intelligence agents’ involvement in the alleged terror plot at Vrbetice ammunition facility in Czech republic. The blast that left two people dead came as evidence that Russia disregards sovereignty of other countries and will not stop short of staging plots that can be characterized as terror acts. The fact that Russian notorious intelligence operatives ‘Bashyrov’ and ‘Petrov’, the Salisbury poisoining suspects, are now cited among those involved in Vrbetice depot blast looks like a bad joke. Expulsion of Russian diplomats from Czech Republic followed. There were others, earlier expelled from Poland and the US.

Now we can say with confidence that a new ‘cold war’, the one of Vladimir Putin’s own making, is here. It is a different kind of a ‘cold war’, ipresently it sees involvement of politicians and the military, though very soon it can also have repercussions for economy.

In the face of the challenging situation, this ‘war’, notably, comes as a real chance for Ukraine. Today sees our country on the opposite side of the trenches, this time facing the Evil Empire on its last feet, and in contrast to the 20th century events.

Securing Ukraine’s sovereignty in this ‘war’ becomes a matter of principle for the West and its collective credibility. Few people in the West will doubt now that it was Putin who attacked Ukraine in 2014. By doing so, he challenged the Western democracy and self-determination its states. Volodymyr Putin’s main political objective remains unchanged, he seeks destruction of these core principals to help to restore the might of his crippling “Evil Empire”.

And now it appears to be no news to Emmanuel Macron.