Energy drink company Red Bull comes up with  an apology on its official Instagram account facing backlash over its commercial shoot near Saint Sophia Cathedral listed as a UNESCO. 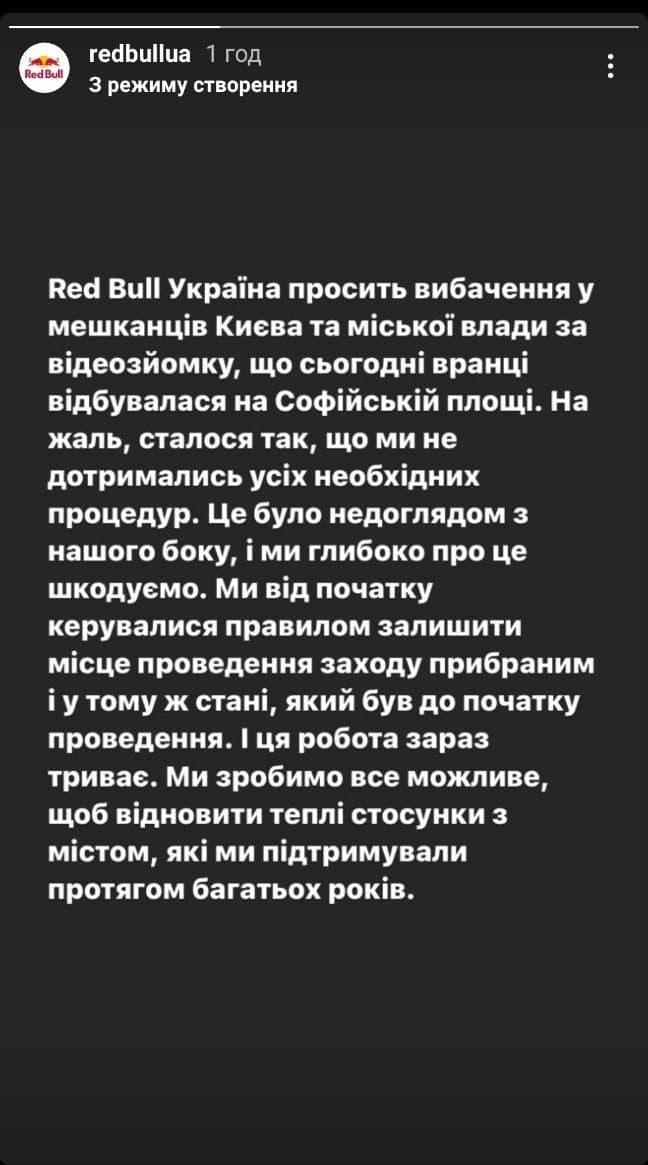 The production involving drift racing near Bohdan Khmelnytsky monument sparked the fury after reports it damaged the pavement in historic area and had no proper permits from Kyiv authorities.

The company was allegedly refused all the necessary permits for such production but chose to carry on with filming.

After barrage of criticism on social media, the incident drew attention from police and made the company issue the apology.

‘Red Bull Ukraine apologizes to Kyiv residents and authorities for the video shoot that took place at Sophiyska Square. Regretfully, with the situation that happened we failed to follow all the necessary procedures. It is oversight on our part and we are deeply sorry for that’, says the company on Instagram, adding they ‘will do their best to repair warm relations with the city’ and now are trying to clean up the location.

On Tuesday, the energy company drew the ire after it staged illegal video production that damaged brick pavement of the historic Kyiv square.