Interior Ministry avoids most questions on Gogilashvili past record

Four out of five questions from ‘Bukvy’ official inquiry on Gogilashvili were left unanswered by his former employers at Ukraine’s Interior Ministry.

The scandalous deputy minster was made to resign due to the fallout from videos in which he was caught berating and profanely insulting police officers during his unofficial visit to Donbas war zone in early December.

In official response, which came 9 days after ‘Bukvy’ official inquiry, the ministry provided an answer only to one of five questions. 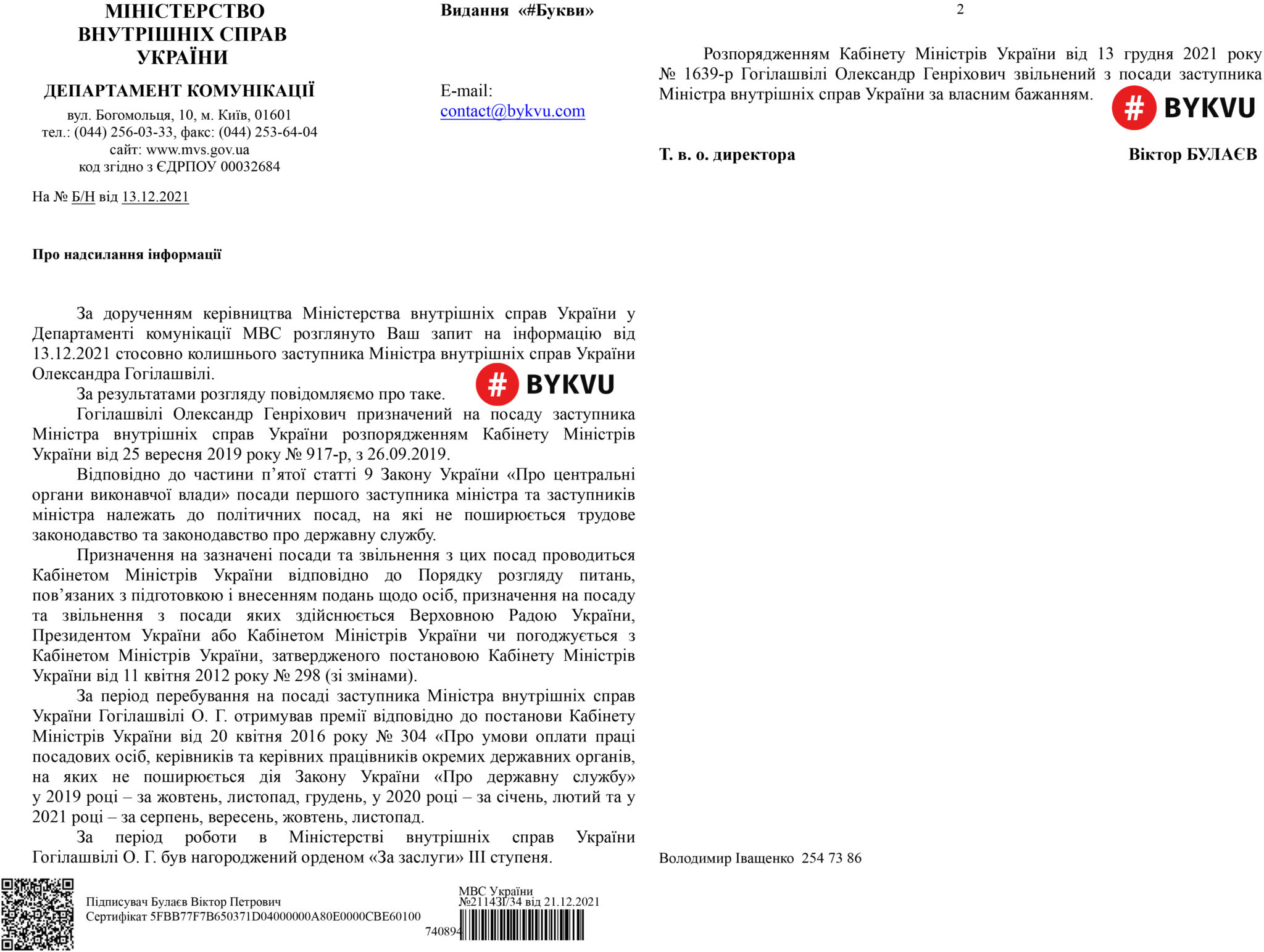 Law enforcement officials ignored the question about alleged Russian citizenship of Gogilashvili and the results of his background check.

They also remained tight-lipped about his disciplinary action’s record, his award weapons, and his professional competencies.

The ministry answered only a question about the bonuses Gogilashvili got during his tenure at interior ministry. According to the records, he was paid bonuses 8 times since 2019 when he took up his deputy minister post.