In the footage obtained by ‘Ukrainska Pravda’, the lawmaker who for several months staunchily denied involvement in the incident is seen moments ater the car crash urging the police officer to let him 'walk away from it' and offering 'favors'. 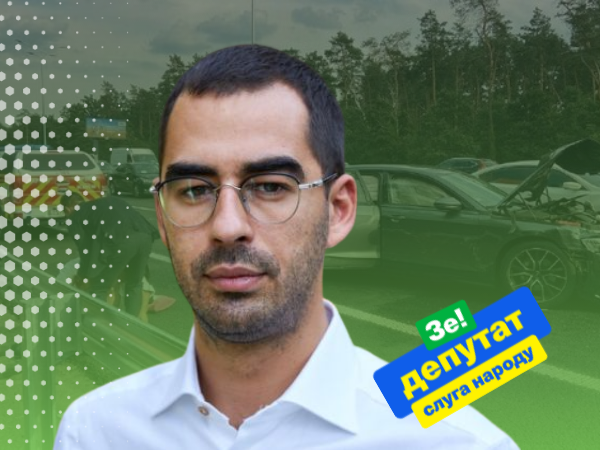 The car incident drew intense media attention back in August 2021 after reports claimed the MP sought to cover up the story.

Trukhin was allegedly behind the wheel of a car that collided with another vehicle leaving one person seriously injured.

In the body cam video, which was ‘rediscovered’ 5 months after the story hit the headlines, the MP offered a bribe to a patrol officer.

‘Let me go quietly into the woods…Then we’ll meet and I’ll thank you’, Trukhin allegedly said.

The ‘European Solidarity’ MPs demand the immediate opening of a criminal case by the National Anti-Corruption Bureau.

The party representatives also demand the resignation of internal minister Monastyrsky who ‘was covering up the crime’ and of the State Bureau of Investigation head who ‘hindered investigation’.

‘Obviously, such bold inaction of law enforcement agencies is possible only on the instructions of personally Zelensky’, the statement claims.