The police filed a report on misdemeanor charges against Yurii Hudymenko, the leader of ‘Demokratychna Sokyra’ party.

After the protest rally near Zelensky residence on November 21, the police filed a report on misdemeanor charges.

The report he has been notified of has claims of foul language use, says Hudymenko, adding the report contains many mistakes, including wrong address.

The activist promises to seek dismissal of the case noting that he used foul language only once when during his speech, the police started to push people and he had to shout at them.

‘I know that this is an offense, but then there was no other way out, so I am ready to answer for it. But I want to listen to their position in court, look at the witnesses, hear the answers to numerous violations in the procedure and the text of the protocol’, the leader of ‘DemSokyra’ commented.

On his Facebook page, Hudymenko also posted the photo of police officers who brought the notification. 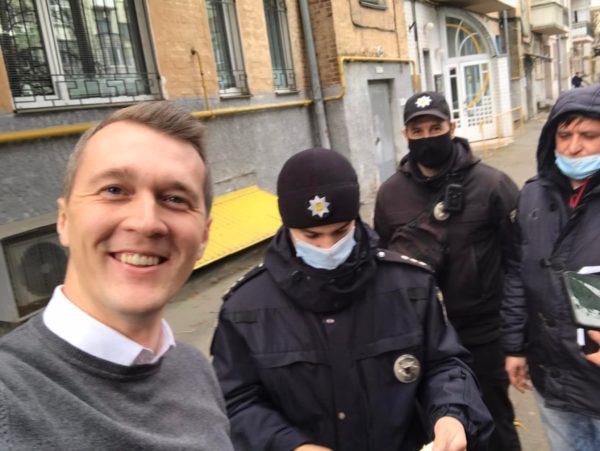