On Wednesday, the Trilateral Contact Group met in the video conference regarding further agenda.

As Ukraine seeks to put back on track the work of the TCG, it faces deadlock due to the position of Russia, says MP Oleksandr Merezhko, the vice head of the Ukrainian delegation.

The Ukrainian delegation proposed to work out the agenda of further meetings which would include the issue of prisoners swap, strict cease fire control and implementation of Paris 2019 summit decisions.

OSCE representatives also offered to return to the discussion of the established agenda, which was refused by the Russian side.

The meeting addressed the security issues as well.

During the last two weeks, the number of cease fire violations reduced by 13%, as it was reported by the head of the OSCE Special Monitoring Mission Yasar Cevik.

However, he voiced concern over a growing number of interferences in the SMM work, including movement restrictions and interfering with drone use.

The SMM also wants to set up advanced patrol bases in the occupied territories, which was approved by the OSCE Permanent Council in Vienna.

The OSCE considers it a pressing issue after the mission was earlier blocked by Russia.

The meeting also looked into the situation with ‘Stanytsia Luhanska’ checkpoint where new movement restrictions cause growing social and medical problems for local residents.

‘Unfortunately, Russian occupation administration in Luhansk region did not agree with the proposal to consider steps that would allow pensioners to cross the demarcation line’, the Ukrainian delegation stated. 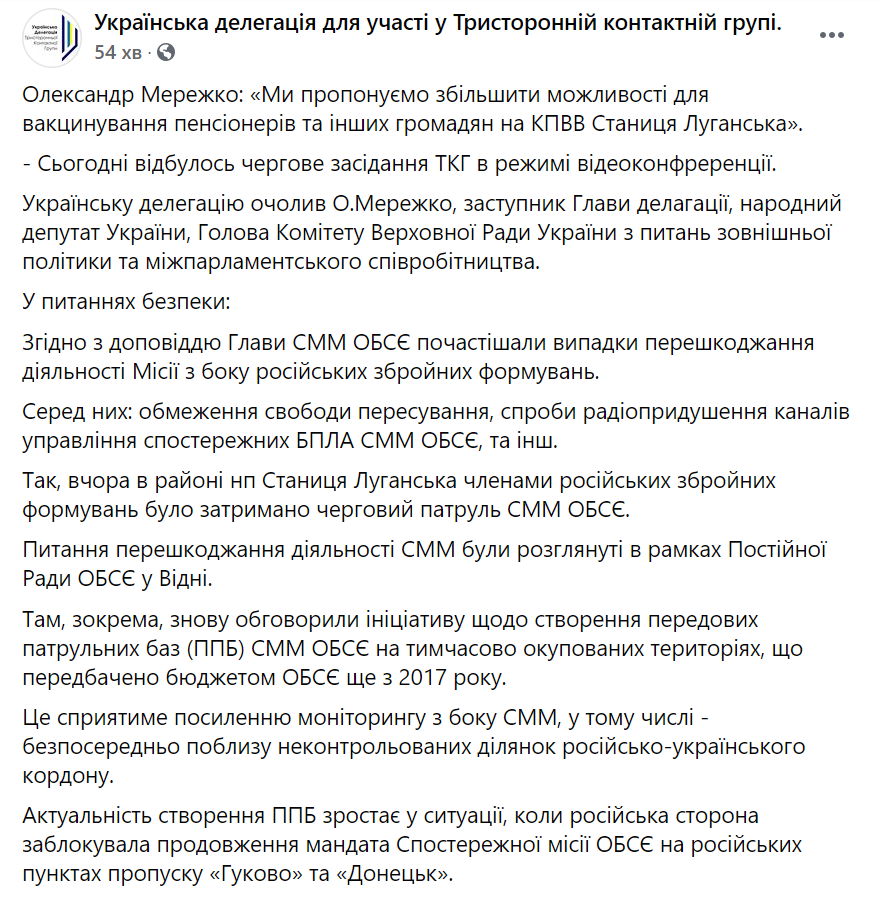