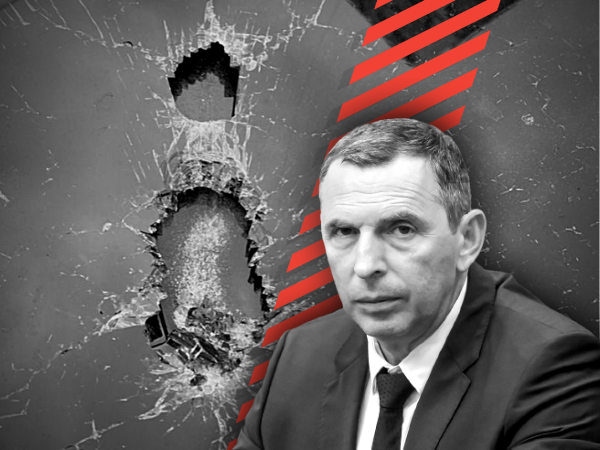 At least 10 shots were fired at the car of Zelensky’s senior official leaving his driver wounded.

Police special task teams are deployed to search the area tracking down the attackers.

The attack prompted a swift response from Zelensky senior officials.

In a statement on Facebook Wednesday, Ukraine’s chief prosecutor Iryna Venediktova said  the shooting ‘has thrown a challenge to [Ukrainian] law-enforcement system’.

Zelensky’s adviser Mykhailo Podolyak minced no words in his comments on the incident.

He alleged  the assassination bid was engineered by ‘criminal and oligarch groups’ that are attempting to ‘disrupt the governmental reforms tackling black economy’.

The Ukrainian president, who is currently on a visit to New York  for UN General Assembly meeting,  promised a ‘strong response’ to the violent act against his ‘close friend and comrade’ Serhiy Shefir.