On Tuesday, opposition MP Oleksandra Ustinova was spotted amiably chatting with two senior MPs of the ruling party – Oleksandr Kornienko and Oleksandr Trukhin.  'Bukvy' set out to find out what comes behind the behind-the-scenes conversation of three lawmakers. 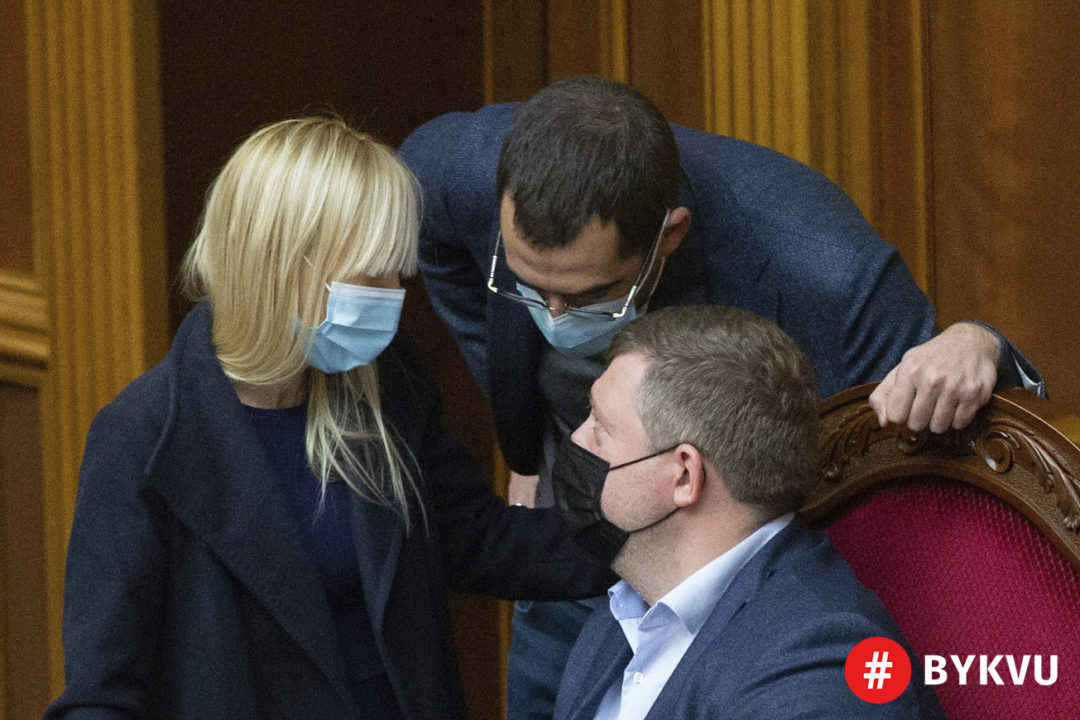 The chat sparked some uncomfortable questions for the opposition MP who recently exited ‘Golos’ parliamentary group following the rift with party leadership over support for Zelensky’s party legislative initiatives.

Oleksandra Ustinova made the headlines in September when she  joined other 9 breakaway Golos MPs to form  a new parliamentary group Spravedlyvist.

Oleksandr Trukhin is not new to controversy either. ‘Servant of the People’ politician was thrown into the spotilight after causing a car crash in August that left seriously injured an Italian national.

The MP allegedly tried to cover up the scandal as soon dozens of news outlets  pulled down the story amid reports some of them were offered financial rewards. The investigation into the car crash soon stalled as the forensic expertise, unsurpisingly.  failed to identify the culprit.

Oleksandr Kornienko, a deputy speaker of Ukraine’s parliament, gained notoriety in 2020  after his sexist remarks about his fellow MP Iryna Allakhverdieva surfaced in media.

Asked by ‘Bukvy’ reporter about her conversation with ‘Servant of the People’ MPs,  Oleksandra Ustinova snapped back it was ‘workday issues’ as ‘there were many budget laws awaiting a vote’.

Now independent MP got ruffled about the question of her ‘links’ to ruling party members claiming   ‘it is not correct questions for a journalist’.

Pressed about her contested ‘opposition’ status, Ustinova scoffed at the claims arguing it is all ‘rubbish’ coming from Telegram ‘mouthpiece’ channels.

Uncomfortable questions proved too much for the lawmaker as she abruptly ended the telephone call with Bukvy reporter.