Poroshenko’s lawyer wants to question Zelensky and his top officials

Ihor Holovan, the lawyer of the former president Petro Poroshenko, wants to call Zelensky and his top officials as witnesses in the ‘coal case’.

According to Holovan, he has filed a request to question witnesses in a case against Petro Poroshenko. They are a group of people who have repeatedly accused Petro Poroshenko of a number of alleged offenses.

Poroshenko’s lawyer reminded that criminal liability is provided for false testimony and named the people who should be summoned for questioning by the State Bureau of Investigation.

Ihor Holovan expressed hope that these people, as law-abiding citizens, will voluntarily come to the DBR investigators and give true testimony about the circumstances of the case known to them. 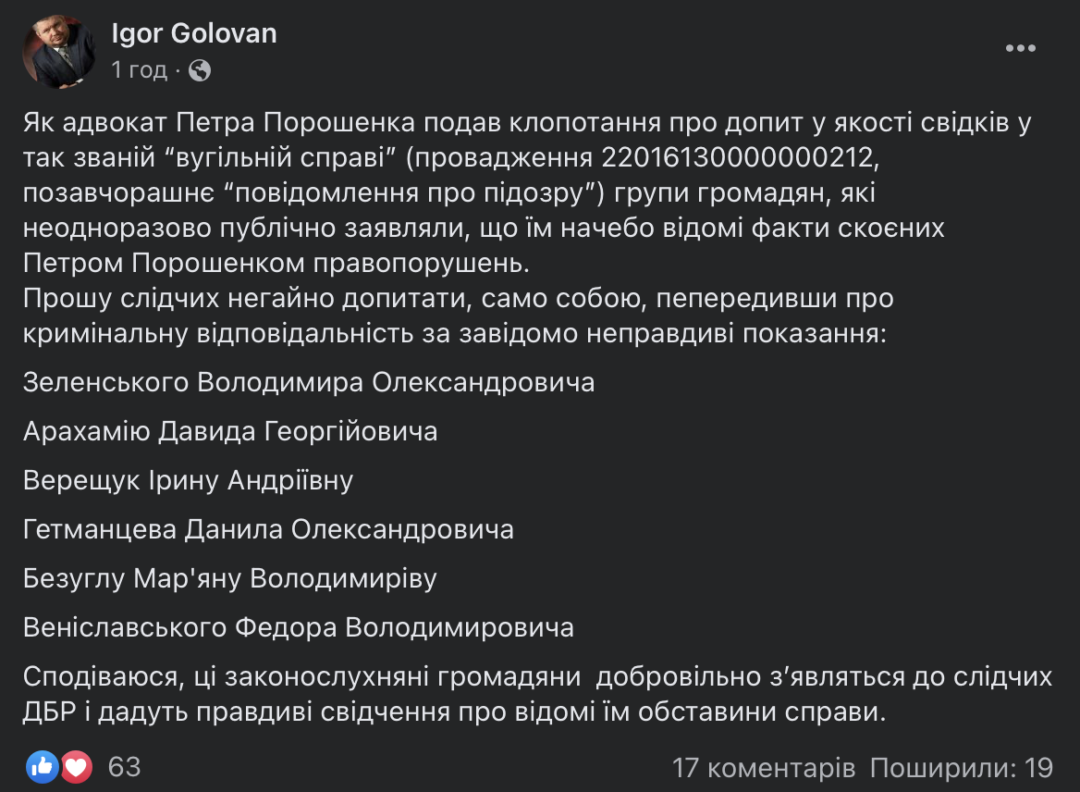 On December 20, Petro Poroshenko was issued a formal suspicion in the alleged connection to 2014-2016 state coal contracts.

The ‘European Solidarity’ party issued a statement regarding charges against its leader.

Petro Poroshenko responded to the charges in the video address.