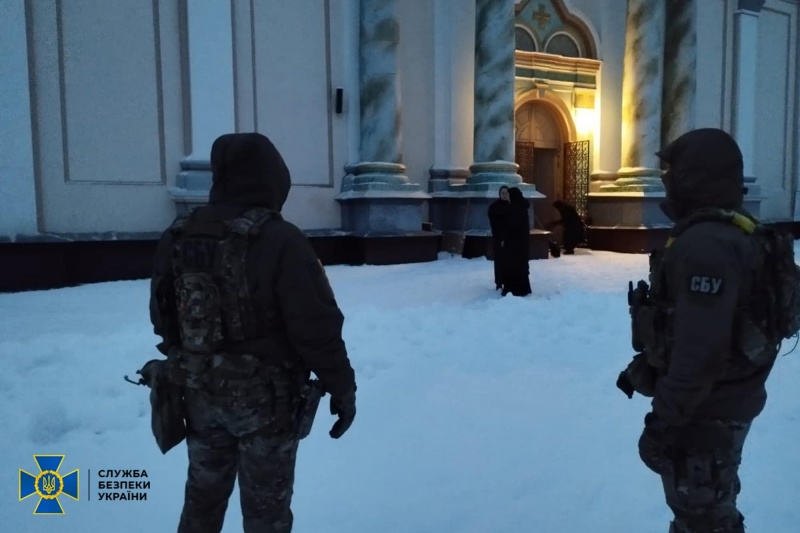 The SBU conducts searches together with the National Police and the National Guard as part of the systemic security work to counter the subversive activities of Russian special services in Ukraine.

As part of the measures, the data on the use of monastery premises for hiding sabotage and intelligence groups, foreign citizens, storing weapons, etc. are checked. The SBU noted that the purpose of the inspections is to protect the population from provocations and terrorist attacks.

With the participation of church representatives, law enforcement officers conduct an inspection of the territory and premises.

Earlier, it was reported about searches in Kyiv-Pecherska Lavra.