The ‘European Solidarity’ MPs addressed the Office of the Prosecutor General of Ukraine, the State Bureau of Investigation and the Security Service of Ukraine accusing Zelensky and his inner circle of high treason.

The report on the criminal offense states that during Zelensky’s term, Ukraine lost its energy independence and began buying coal from Russia and temporarily occupied by Russia territories.

These systemic changes destroyed Ukraine’s energy independence and made Ukraine dependent on Russia and Belarus.

During Zelensky’s term, about $ 4 billion was spent on coal and electricity bought from the Russian Federation and Belarus.

Part of the imported coal was actually mined in the occupied territories and smuggled in.

The ‘European Solidarity’ MPs are convinced that all this was sanctioned by Volodymyr Zelensky and his actions may be interpreted as criminal offenses under Article 111 of the Criminal Code of Ukraine ‘Treason, an act intentionally committed by a citizen of Ukraine to the detriment of sovereignty, territorial integrity and inviolability, defense, state, economic or information security of Ukraine’. 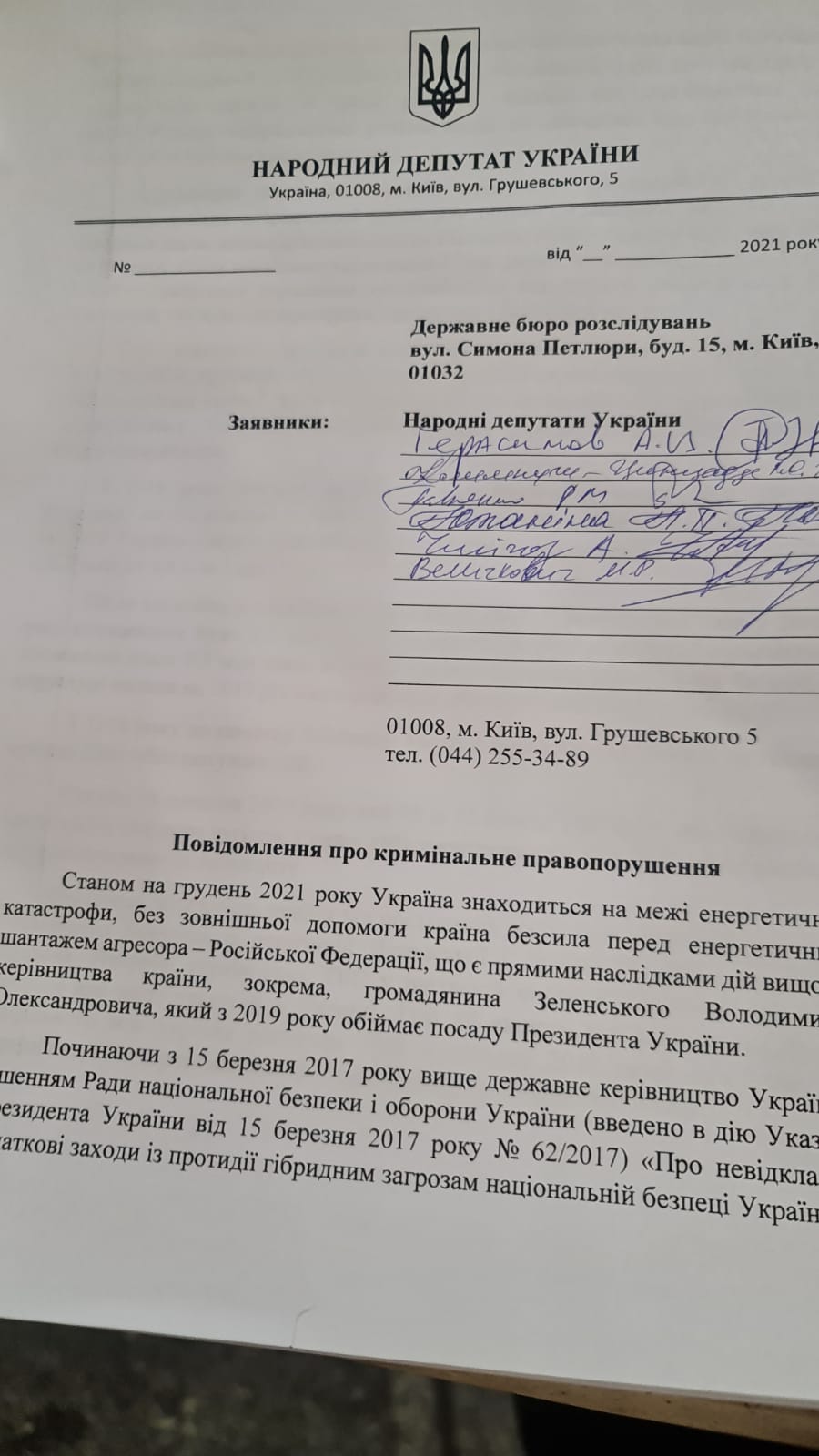 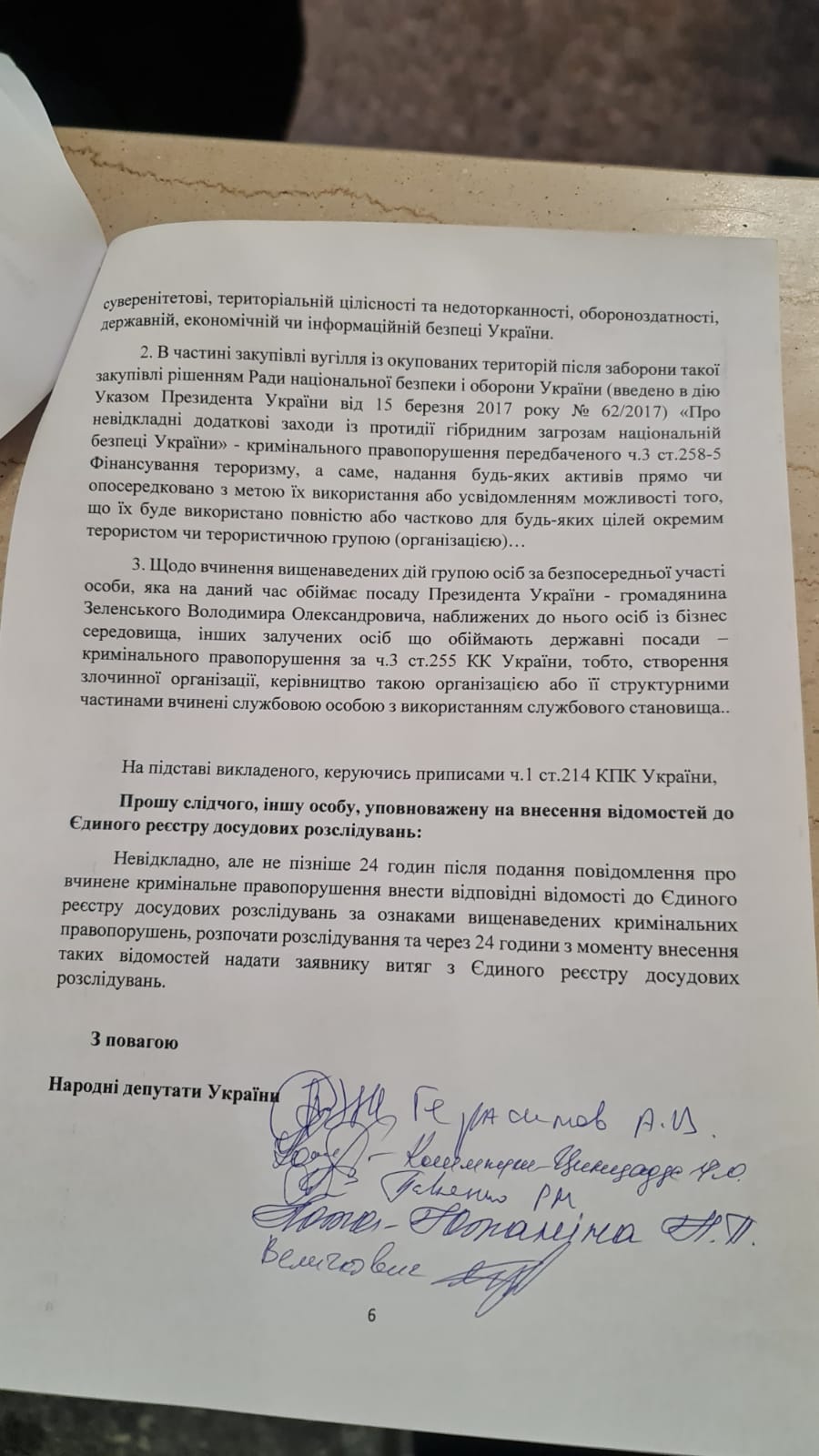 The ‘European Solidarity’ MPs demand to enter the information into the Unified Register of Pre-Trial Investigations and launch investigation within 24 hours.

Earlier in the day, Poroshenko’s lawyer Ihor Holovan filed a request to question Zelensky and his top officials in the ‘coal case’.

On December 20, Petro Poroshenko was issued a formal suspicion in the alleged connection to 2014-2016 state coal contracts.

The ‘European Solidarity’ party issued a statement regarding charges against its leader.

Petro Poroshenko responded to the charges in the video address.